McHenry County State’s Attorney Lou Bianchi has issued the following press release about the sentence of Antonio Escorza the drunken snow truck driver who killed Christopher Foat in December of 2007:

STATE’S ATTORNEY’S OFFICE CRACKS DOWN ON ANOTHER DUI FATALITY

Antonio Escorza, who killed a 23 year old Woodstock man in a drunk-driving incident in December 2007, was sentenced to 10 years in prison April 3, 2009. 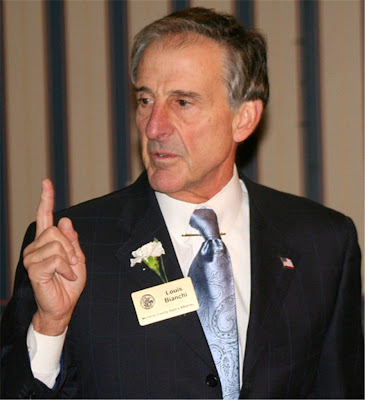 Antionio Escorza, 38, of Woodstock, will face deportation proceedings after serving that sentence. Escorza has been in the country illegally for about 20 years.

A jury convicted him in February of two counts of driving under the influence and a single count of failing to stop after an accident. Escorza’s blood alcohol level was 0.134 percent more than two and a half hours after the accident that killed Christopher Foat.

Foat and a friend had been walking home from a birthday celebration in the street near a curb because of snowy streets.

The snowplow threw or dragged Foat approximately 30 feet with such force that it knocked Foat’s shoes off of his feet. Escorza failed to stop and was chased down and detained by Foat’s friends who were walking with him.

Foat’s fiancé testified at the sentencing hearing that she discovered she was pregnant a week after the accident. Their daughter is 8 months old.

Prosecutors asked Judge Sharon Prather to sentence Escorza to 14 years in prison. Defense attorneys requested probation pointing out that the Defendant had no criminal history.