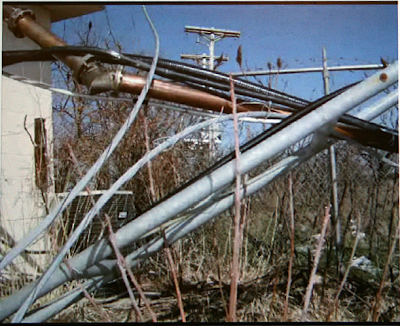 I remember the chastisement I received in an email for showing a collapsed broadcast tower whose image had been projected on the McHenry County College Conference Center screen. 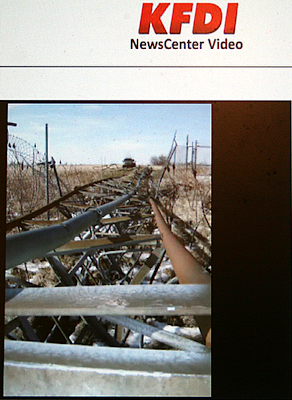 BMB Communications Management spokesman John Maguire said I should have used a picture of the “first to yield” collapse. That’s when the stoutly constructed bottom section does not collapse, but higher portions do. 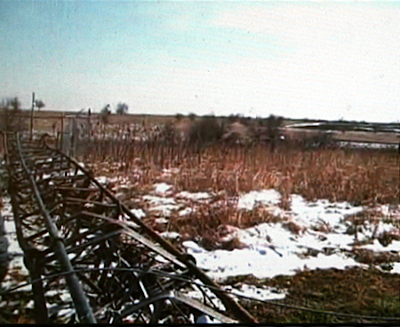 Such design, his engineer said, does not result in a flat out failure where the tower would lay out its entire length. 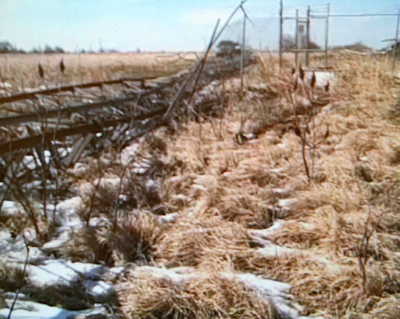 But, that’s not what happened in Wichita, Kansas, with a KYQQ-FM 1,204 foot broadcast tower the end of last month in heavy icing and strong winds.

It looks like a failure of the complete structure to me. Doesn’t the complete tower seem to be snaking across the grass. 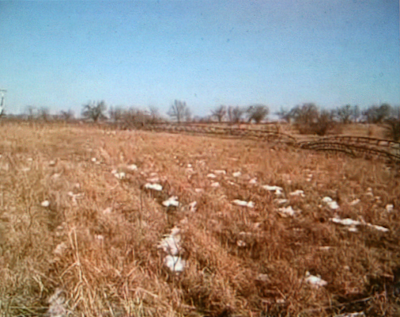 Two inches of ice is what the FM station spokesman told KFDI-TV, from whose video these pictures came.

If you want to see photos, here are some.

Route 14, Ridgefield Road and the Union Pacific railroad tracks are all within 1,500 feet of the BMB tower site.

= = = = =
I asked before I posted this whether this tower was held up with guy wires, but didn’t get an answer until after it went up.

The answer is that this is a guyed wire tower, not a free standing one as BMB proposes in Crystal Lake.