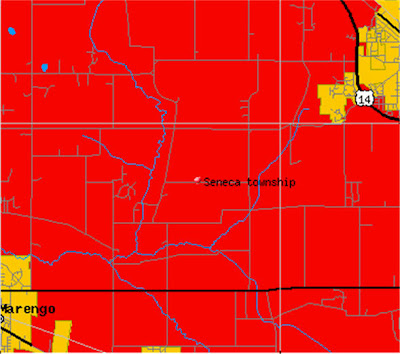 In my article on the Seneca Township supervisor’s race, the second to involve township buildings, as Northwest Herald reporter Kevin Craver caught, I suggested that the Democrats had a big role in electing the man who beat Ersel Schuster.

From the comment that James C. Kagel left under the article, it seems I was wrong.

Kagel insists he is not a Democrat…or a Republican and that the Bartmans were not as helpful in his campaign as I said. Read his own words below and give him credit for knocking on 450 doors in Seneca Township. They are not as close as the 225 I knocked on in my Algonquin 7 precinct the Saturday before the election:

Number one I am NOT a Democrat or for that matter a Republican, I am an Independent and have been my whole voting life!!! 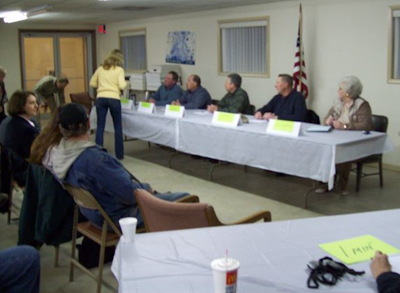 Number two John Bartman was not the backbone of my campaign! I don’t know where you got your information, but in the future verify your source,and not assume the information received is credible. 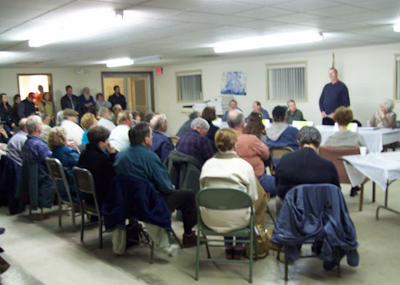 I personally went to 450 homes within the township campaigning for the Supervisor’s position.

No one contributed funds to my campaign. 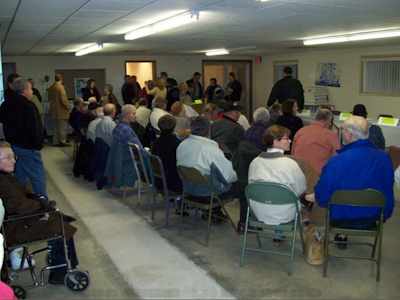 The only support I received was encouragement from the concerned citizens of Seneca Township.

So, I guess that means the Democrats had no pick-up victories at the township level this year. Certainly, none were on the ballot as Democrats, as I reported election evening.

If I am wrong, I’m hoping some Democrat will set me straight.

And, while we’re talking about Seneca Township, there was a three-way race for road commissioner.

Incumbent Robert Helfers did not run for re-election.

Running last was Mark Keil. He received 64 votes for 9% of those voting.

= = = = =
The photographs are from the 90-person candidates’ night held before the election. Click to enlarge the photos.