More clever, however, is one suggested by Northwest Herald cartoonist Wallace. 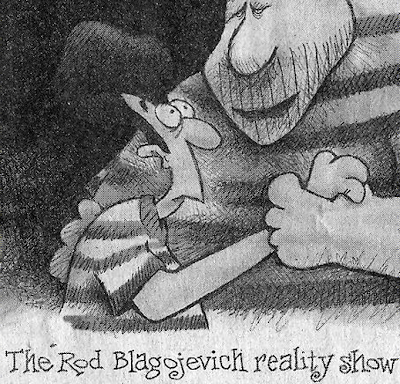 He shows a beefy inmate dancing with Rod saying,

“The Rod Blagojevich
reality show we’d all like to see.”

It’s clever, but in poor taste, in my opinion.

The reason is that men really do get raped in prison.

I just don’t think joking about rape, whether of women or men is in good taste.

Perhaps someone at the Northwest Herald had second thoughts, because this April 20, 2009, cartoon is not shown on the editorial cartoon page.