It first ran an ad two weekends before the election that looked like this:

Here’s the one I haven’t posted before. 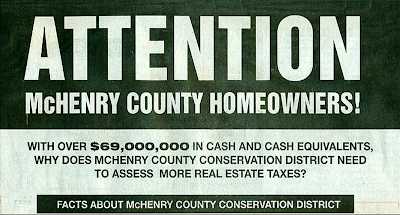 It ran April 4th and 5th, right before the local elections.

This past Sunday, I saw a third one urging people to contact their McHenry County Board members. 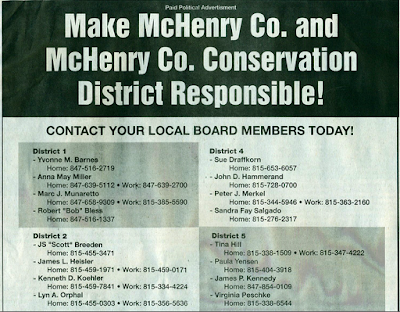 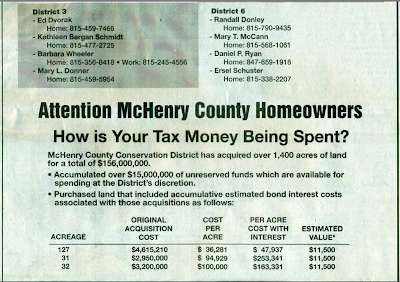 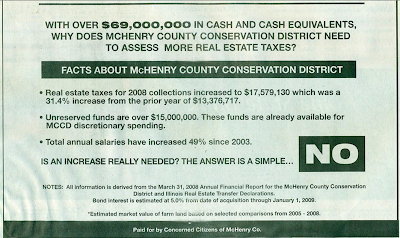 Three pricey ads from people with whom I’d dearly like to communicate.

I’d ask them if they are willing to run similar ads the next time the Conservation District decides to run a big referendum, virtually none of the proceeds of which will be spent near my home.

Tomorrow, I really will run the Northwest Herald insert that ran the day before the McHenry County Conservation District asked for $68.5 million.