At least it was new to me. After having had dinner with former State Rep. Penny Pullen dozens of time during my conversion period during the 1980’s and early 1990’s, I would have thought I had heard them all by now. 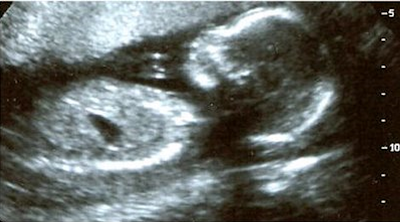 As anyone that knows me can tell you, I am an opponent to abortion. What that means to me is that I do not believe in abortion as birth control. The only times I consider abortion as an option is in the case of rape or incest. My belief was formed by the births of my two daughters; as well as, the premature births and subsequent deaths of my twin sons (story here).

Over the years, I have often ‘preached’ to my wife that the Catholic Church (she is a devout Catholic) needs to be able to bend a little on their stance on abortion in order to start winning the battles that could eventually win the war. I said that they should do stuff like relax their stance on abortions in the cases of rape and incest.

The other day, I came to the realization that abortion was actually age discrimination.

First, I am not a lawyer or a scientist although I have significant knowledge of both law and science.

This may seem like a pretty tame battle to wage for such a despicable act but it might just be a way to win the war against abortion. Here’s why:

Most scientists would agree that what makes us identifiable as living humans is our DNA and that we are alive. All our DNA is present at the time of conception and we are alive, in the scientific sense (cells growing, multiplying).

Therefore, abortion discriminates against humans that are scientifically less than 9 months old.

I haven’t heard anyone argue against abortion as age discrimination.

This is also a good argument against, and closely tied, to euthanasia. If someone is past the optimal age expectancy and is ill, does that mean we can kill them?

Of course not, that’s a crime and if caught doing it, you go to jail. Same protections should hold true for someone under 9 months old.

That said, I do understand about people’s right to privacy and that a woman wants to have control of her body. The problem is that the child has no say in the matter. In legal cases, children are provided advocates by the court to assure that they are protected. With abortions, this is not the case.

You may not agree with me but it does make for an interesting argument.

John Gray was raised in Crystal Lake and he is building an IT consulting business, Gray Matter Innovations, plus having a heavy duty dog tag firm called Tags4ID. He also gives his reasons for being a Republican.