You will remember that on Sunday Janet Napolitano, President Barack Obama’s Secretary of Homeland Security, said her department was dealing with swine flu “passively.”

That was when the CDC has confirmed 20 cases.

Monday, the number of cases was up to 40.

With 64 cases on April 28th, Napolitano was still being “passive.” http://www.mchenrycountyblog.com/2009/04/napolitano-and-mexican-border.html 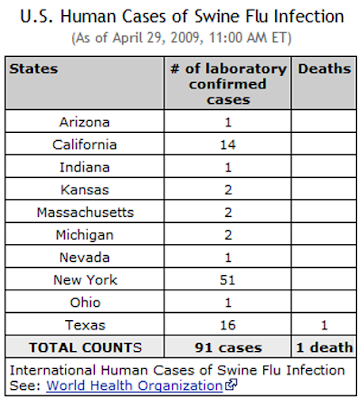 “’passive surveillance’ is ‘not an accurate picture of what is going on’ at U.S. entry points.”

And, thus the Obama administration’s rhetoric bows a bit to reality.

But, no closing of the Mexican border, even with requests from border state congressmen. 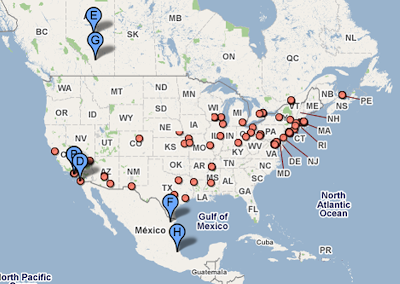 “It would have very little marginal benefit in terms of containing the outbreak of virus within our own country,” Voice of America News.com reported.

Napolitano said such scanners are “not always accurate.”

Sounds like the arguments liberals made in the late 1980’s and early 1990’s about the lack of 100% certainly of HIV-infection when people tested positive on the HIV-antibody test.