Daily Herald reporter has written an article saying a secretary who is alleged to have stolen over $100,000 over a two year period from student activity funds has been arrested at a traffic stop.

She was indicted two weeks ago, the story says, but the police couldn’t find her.

It certainly has taken a long, long time.

Back in January I asked School Board President Joe Stevens what was happening and he sent me this email:

“You may feel free to use this in your blog.”

The 46-year old woman who was arrested is Lisa Burkhart-Foster and she lives in East Dundee. 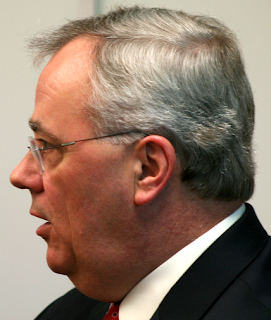 The theft was discovered in 2007 while the 55-cent tax hike and $185 million bond referendum was on the front burner.

A forensic auditor was brought in…to prove up the case, I guess.