At the intersection of Routes 31 and 176, two health care systems have dueling billboards.

I noticed the one on Route 176 first. It faces east, so commuters returning to Crystal Lake can read it. 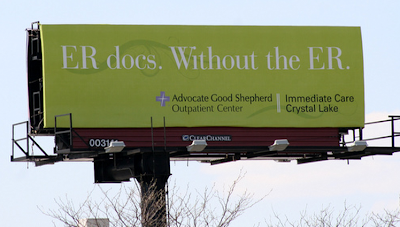 is on the the left hand side beneath the big print.

On the right hand side is

Unfortunately, it gives folks no idea where in Crystal Lake. 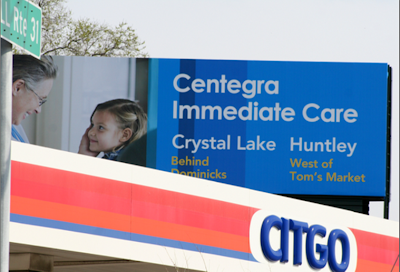 On Route 31 facing north where people traveling from McHenry can see it, if they look behind the Citgo station, is a similar message from Centegra.

Below, on the left hand side, is

Good Shepherd’s message about ER docs is presumably what differentiates its service from Centegra’s. 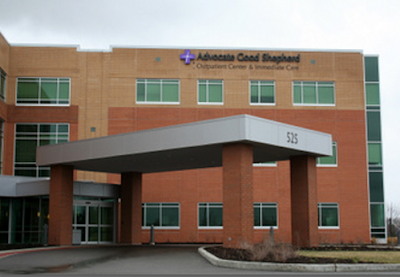 The doctors staffing that office from 8-8 each day of the week are all Board Certified Emergency Care physicians.

But, there’s no way anyone could figure out where it is located from the billboard.

The Centegra billboard’s message, on the other hand, directs anyone interested to locations which are easy to find.