Crystal Lake Police turned a warm and fuzzy breakfast of Dads and their children into a public relations disaster at South Elementary School two weeks ago tomorrow. 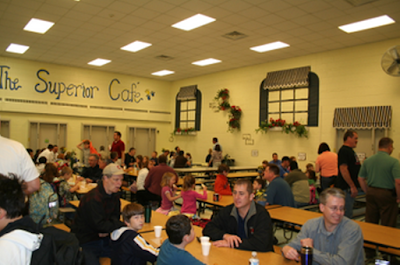 Every year South Grade School, which my son attends, puts on a “Donuts for Dads” breakfast before school. 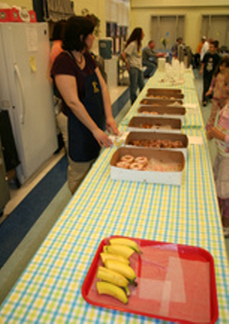 The Moms and staff of the grade school buy donuts and provide them to kids and Dads. 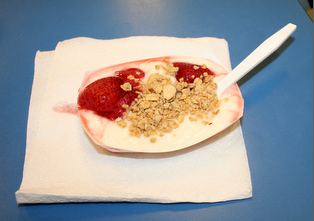 They even have bananas and yogurt for those whose carbohydrate intake shouldn’t be be as high as donuts provide.

All in all very warm and fuzzy, don’t you think? 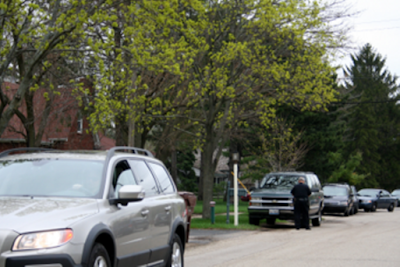 But, outside there was a concerted effort by Crystal Lake Police to ticket illegally parked cars.

Apparently, this was a high crime area in Crystal Lake that Monday morning. 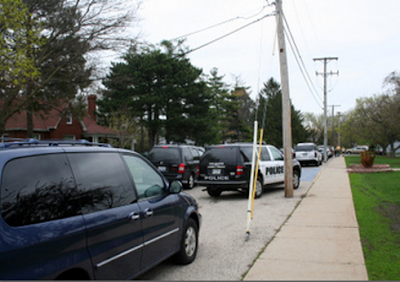 Even a supervisor was doing the lowly work. You can see his vehicle, parked askew in the very few one of the legal parking places in front of South School. 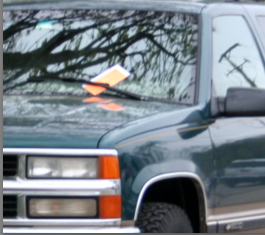 Tickets like this littered windshields up and down Golf Road.

As I drove by the vehicle the supervisor had just ticketed, I heard him ask a subordinate,

Then, I noticed the unmarked car toward the intersection of Golf and Spruce Lane. It was parked next to the cars being ticketed. You can see it in the photo of the supervisor issuing the ticket above or below. 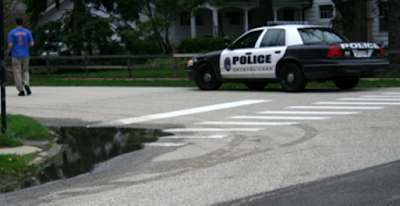 As I drove past the school, I noticed a third police car, this one clearly marked, parked at the corner of Spruce and Golf. 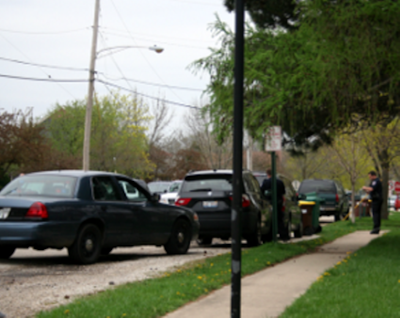 I, of course, learned my lesson last spring. And, when I did, the city’s outside parking ticket processor in Milwaukee screwed up. It sent me a notice I had not paid. I wanted to report my lost payment to Crystal Lake’s Inspector General, not knowing if the Milwaukee outfit was stealing parking ticket money, but was told the city doesn’t have such an investigator of wrong-doing. (From what I heard last Friday, it really needs one, by the way.)

This is not the first sweep of parking law disrespecting South School parents. It happened in March of last year. And at other times when I left my camera home.

It is apparent that neither the District 47 school board nor the city council cares. Off road parking places and a drive-through exist at West and Husmann Elementary Schools. At Husmann, which I mistakenly thought was put on lots purchased to the east, but was put on school property. West School’s is a retrofit. Indiana Prairie has parking for both teachers and parents. So does Woods Creek.

Even North Grade School’s parking situation is better than South’s.

There’s room to build a drop-off driveway and more parking places and other suggestions have been discussed. But no action taken.

I wonder if the Crystal Lake Police will have nothing better to do than enrage South School Moms, as they undoubtedly enraged South School Dads two weeks earlier.