Today we’ll take a look at what progress State Rep. Mike Tryon (R-Crystal Lake) has made with his legislation thus far.

Any bill he introduced that did not make it out of the Illinois is pretty much dead this year, although wags do suggest that bills have the closest thing to eternal life as one can find this side of heaven.

I count 29 House bills introduced. 20 have assumed the prone position.

His transparency bill, House Bill 35 has yet to receive a negative vote. It would require a state expenditure database to be sorted by recipient and by state representative district, plus a database of all development assistance reportable under the Corporate Accountability for Tax Expenditures Act. If enacted this would take effect January 1, 2010.

Another non-controversial bill that has advanced to final passage stage is HB 163. It appears to be one that makes information about the Prevailing Wage Law more readily available. That is the law which requires union wages to be paid on jobs paid for with public money. It’s the reason that public buildings often cost more than those paid for with private money.

HB 170 requires a permit for septic systems which discharge surface discharging systems It is ready for Senate passage.

HB 1142 appears to be a “lemon law” for manufactured homes. It also has yet to receive a negative vote.

HB 1322, an idea I dropped into Tryon’s head after a GOP precinct committeeman’s meeting in Johnsburg last spring, would allow counties to use money collected from local motor fuel taxes to match federal funds. The Senate has stuck a 10% deduction on the bill as an administrative rake-off for the Illinois Department of Transportation, I imagine. 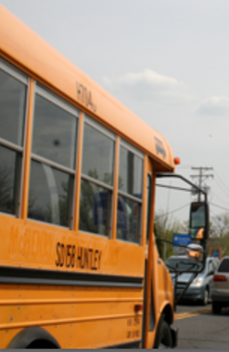 HB 3787 changes the law to protect service personnel who are on active duty from having their school bus license revoked, if they don’t complete the current mandatory annual refresher course. You can guess this legislation is getting no opposition.

HB 4035 allows governments to provide a preference of up to 10% when purchasing environmentally preferable supply or service. No one was brave enough to vote against this one. Do you think this is called the “Green Preference Bill?”

HB 4212 started out as a bill to allow the creation of military and veterans courts. I was discussing this with my former legislative assistant Pete Castillo, who says he came up with the idea after interviewing homeless veterans while working at the Illinois Department of Employment Security in Woodstock. It was basically gutted and replace with language requiring a commission to study the idea. It is also near passage.

You can find out here.