There’s no visible movement on the Woodstock baseball stadium planned for Route 14 between Woodstock and Centegra’s Woodstock hospital, but the operation that is going to finance the land has begun.

Driving on Lily Pond Road between McConnell Road and Route 14, below you can see what my son and I saw Saturday: 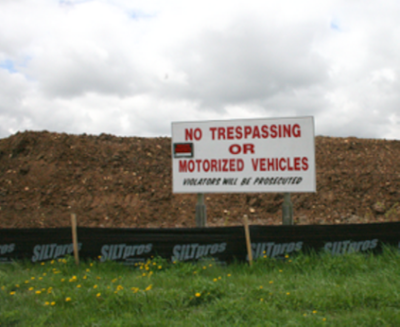 Coming from the north, we saw a sign saying,

NO TRESPASSING
OR
MOTORIZED VEHICLES
VIOLATORS WILL BE PROSECUTED

That was in front of a pile of dirt and an erosion fence.

Next we came to the entrance. 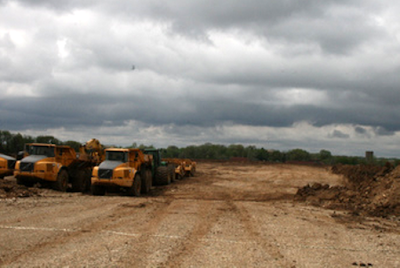 Earth movers were parked near the piles of dirt they had moved around. If plans for the minor league baseball stadium come to fruition, I imagine people will be able to see the stadium in the distance. 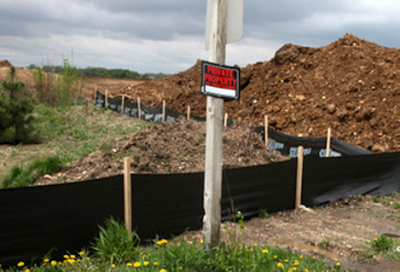 The final shot is what seems to be the Northeast corner of the gravel pit part of the property. Between there and Route 14 is where my ex-wife Robin Geist and I used to live in a second floor apartment. We used walk down Lily Pond and beyond on McConnell Road. Somehow, I don’t imagine the Lily Pond neighbors are looking forward to all the development.