The weekend before Judge Michael Caldwell ruled against the township, my computer’s hard drive crashed, putting me out of business for a week.

The township trustees seeking to build the town hall, which will cost over $5 million (including interest) over a twenty year period, apparently didn’t take the judge seriously.

Here’s what they put on the agenda: 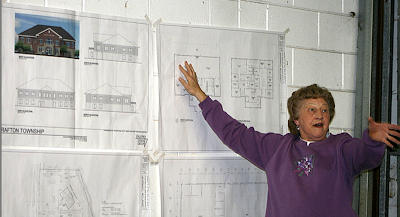 Because newly sworn in Grafton Township Supervisor Linda Moore dismissed Township Attorney Jim Kelly when she took office Monday, re-elected Township Trustee Betty Zirk and newly-sworn in Trustee Jerry McMahon, who was elected with Moore’s support, hired Kelly with their own money to represent their position that the township hall should be built.

The two trustees, plus ex-Township Supervisor John Rossi were in the courtroom.

Moore, who because she is now township supervisor, was added as a defendant in the suit.

Previously, she was on Ziller’s side of the case.

After arguments from both attorneys, Caldwell enjoined the township board from taking up the three contested three items on the agenda.

They were “tap dancing around” his previous order was the way the judge put it. 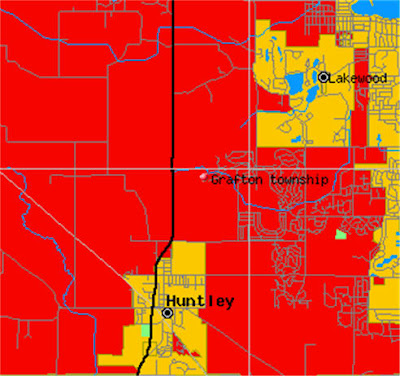 He told the trustees that any violation could result in their being held in direct criminal contempt of court.

There is a wild card in this deck.

Now that Moore is a defendant, what is to stop her from agreeing with those asking the township hall not be built.

I image Moore might be asking some lawyer other than Bishop that question at some point.

There was a township board meeting tonight.

It will be interesting to find out what happened, don’t you think?

In the midst of this chaos, what would happen if an opponent of township government found some lawyer to draft a petition to abolish Grafton Township?

After all, it would only take a couple of hundred signatures to put the question on the ballot.

If Grafton Township were voted out of existence, county government would take over the assessing and other township duties.

How do you think people watching this township board that wants to build a township hall that will cost them over $5 million without asking their permission would vote?

Grafton Township Trustee Betty Zirk is seen explaining the new township hall at the annual meeting. Fellow Trustee Jerry McMahon is seen below in a photo taken at the annual town meeting.

Below the township map is Linda Moore posing with Milford Brown, a candidate for the Huntley Fire Protection District at Moore’s Huntley Expo booth. You can see her campaign theme: