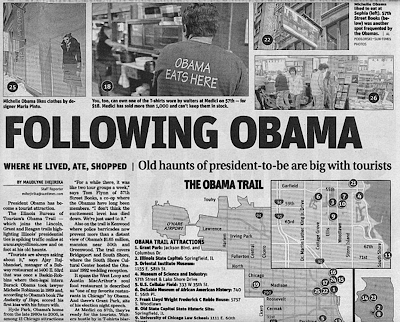 But there is another Obama tour, something like the Tour of Scandals that used to (and may still) exist in Washington, D.C. I remember it had the Reflecting Pool where Appropriations Committee Chairman Wilbur Mills is said to have skinny dipped with mistress-stripper Fanny Hill.

That tour was put together by Marathon Pundit John Ruberry. 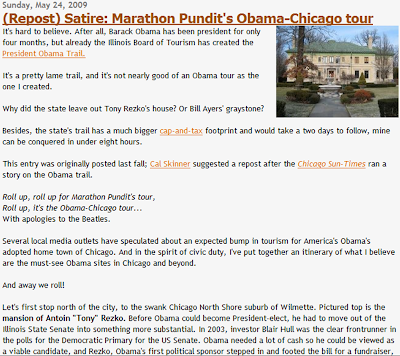 It goes from Tony Rezko’s Wilmette mansion to the Metropolitan Correctional Center were Rezko now resides to the former Hyde Park Co-op, where the family shopped, now a Treasurer Island, where the employees threw out the union by a secret voting process that Obama wants to abolish.

Next up is “Bernardine Dohrn and Bill ‘Bomber’ Ayers’” home. That’s where Obama had his political coming out party.

The Rezko lot next door to Obama’s home is next on the tour.

“While approaching the church, passengers will be entertained by some comedy. Bill Moyer’s puff interview of Wright will be playing from the video consoles on the bus.” 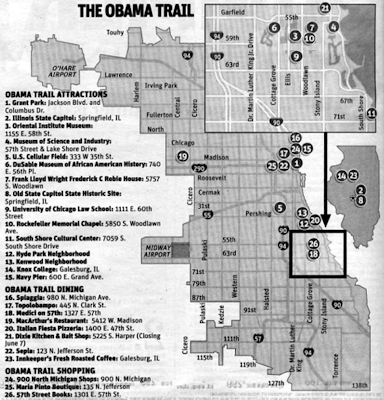 Typical of state government, it doesn’t want people to concentrate on scandals related to anyone.