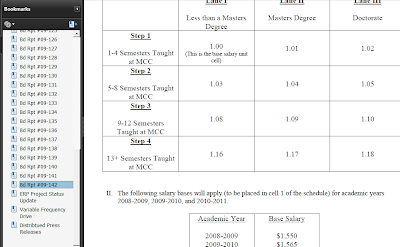 This was going to be a story of praise for the new format of the McHenry County College Board Packet. You can see it above. Click to enlarge.

Now there are shortcuts to the various items on the agenda.

One does not have to scroll down through the less interesting items.

Click on the report you want to see and you go right to it.

So, I looked at the agenda on top and found

I scrolled down the index and clicked on it.

Here’s what I saw. 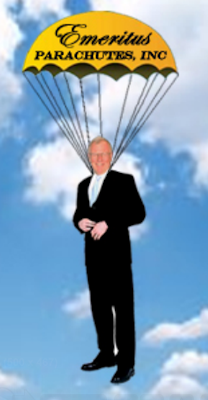 You can imagine why I laughed so hard.

I thought the phone call I received yesterday from the MCC attorney indicated the board was ready to roll over and release the contract with ex-President Walt Packard.

You remember that contract.

The one that gives health insurance through July 21, 2012.

People are talking about it all over McHenry County.

The meeting starts at 7.

If you want to say something, the board members will give you three minutes, but don’t expect even the subject matter of what you say to show in the sanitized minutes.

That didn’t used to be the case.

Take a look at how Barry Glasgow’s scathing criticism of the baseball stadium what was mangled in the minutes.