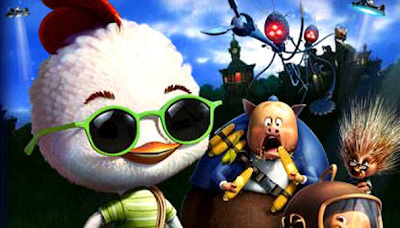 Ever think the sky is falling.

That really happens in the “Chicken Little” cartoon.

Of course, it was not the sky, but the undercoating camouflage of a space ship.

There will be legislators who in the very worst way do not want to vote for tax increases later this month.

And, they will be forced to vote for the biggest income tax hike since it went from zero to 2½ percentage points.

The last time the income tax was hiked, I actually saw a legislator crying in the back of the House chambers after voting for it because it so, so went against the philosophical grain of the state representative.

Such is sometimes the price of being an insider on the House floor.

To gain the access to the leadership table, you must compromise your integrity.

The philosophical sky did fall.

And, by the way, hiking the income tax from 2½ percentage points to 3 percentage points-–a 20% hike, down from Governor Jim Thompson’s 40% request-–obviously did not result in the goal of having enough money to finance the avaricious appetite of state government.

Neither did Governor Richard Ogilvie’s imposition of the original 2½% tax rate in 1969. 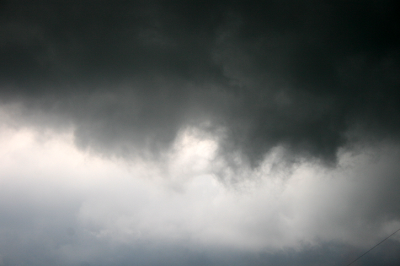 The image you see above is looking up at the chandelier at Springfield’s Drury Inn. Only the image appears to be falling, although the Friday night before last with tornadic winds howling north of town, no one knew what was going to happen. The “would it or wouldn’t it turn into a tornado” swirling clouds you see above were taken looking north toward Lincoln from the 4th floor of the Drury Inn.