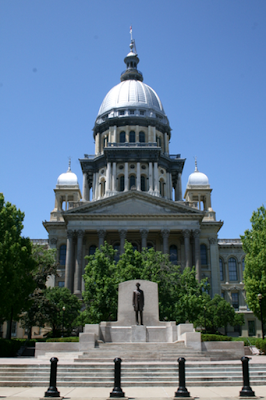 This is the one week in the legislative session to keep alert.

The taxeaters are after your money and those with ideas that need to be snuch by in order to have a chance of passing are using parliamentary shortcuts to avoid full public scrutiny of their proposals.

And, in a modernization of what community organizer Barack Obama did on the streets of Chicago, citizen activist and community internet organizer Elsie Bouc is trying to activate citizens all over Illinois by sending out this email last night:

“It doesn’t get much stranger than this in the legislative realm.

“Tonight, the House Youth and Families Committee took a senate bill regarding legal procedures for court action after the defendant has died, and replaced the bill’s entire language with the Civil Union language of HB2234.

“The number of the Senate bill (SB1716) remains the same, but the entire nature of the bill has changed since the Senate voted on it.

“Now the bill will be voted on by the House to determine if the legislators will support civil unions.

“If it passes in the House, it will go back to the Senate for another vote, and if they pass it, it goes before the Governor for his approval.

“Because they were running out of time to pass their bill in the House.

“If they stuck with the original HB2234, it would have had to be read on 3 separate days in the Senate before they could vote on it, and they could possibly run out of time since the legislative session ends May 31st.

“So, with no time left, they conveniently emptied out a senate bill that had already been read three times, and filled it up (presto change-o) with new language to legalize civil unions.

“If the House passes it, they only have to place it before the Senate for a vote (not three readings), and they have met their time deadline.

“This stinks of corruption and manipulation. 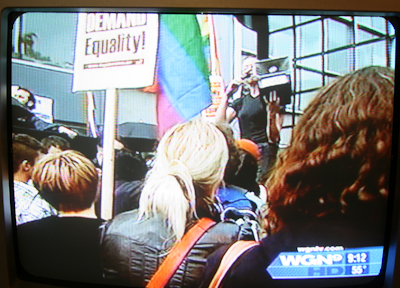 “This new approach completely violates the principle of democracy and is dishonest to its very core.

“Any legislator who votes for this new bill is voting to retain the corruption for which Illinois is famous.

“If you have a legislator who has said they support civil unions, please contact them and tell them they can not use a dishonest method to force this issue upon the citizens of Illinois.

“To do so, will incriminate them in the dirty politics they unitedly claimed they would reform.

“We can stand up to such dishonesty and protect our traditional values.

“Please contact both your state senator and state representative to let them know that this latest maneuver is a dishonest outrage.

“Encourage them to vote no on civil unions by any name or number.

“And, ask them to be honest in their treatment of Illinois legislative procedures. If you have a liberal legislator, now is the time to demand that they act honestly with integrity and respect for democracy and the procedures that govern it in Illinois.

“Please pass this on to others so that they too might know the dishonest means that are being attempted in Springfield.

“I have again included below information to help you identify your legislators and their contact information.

“Thank you for all you do.

“Right is still right for those who are honest at heart.

You can use the following link to identify your state legislators and their contact information: http://www.elections.il.gov/DistrictLocator/SelectSearchType.aspx?NavLink=1 (and enter your 9 digit zip code).

If this link doesn’t work, you can use the general link www.ilga.gov and then click on ” legislator lookup” near the bottom of the page, then click on “by zip+4”. Type in your zip code, and you’ll see a list of your legislators. (Or click here.)

And a post script, posted on Illinois Review this morning:

“I’ve since been informed that normally the bill (HB2234) after it passed the House would have been required to be posted in a Senate committee with an advance notice of 6 days before committee vote.

“Once voted out of committee, it would then require two more readings (beyond the 1st reading when it was initially placed in the Senate).

“All this to allow due time for the legislators and public to understand the bill and make their thoughts known before the actual vote by the full Senate.

“This corrupt maneuver with SB1716 has dishonestly skipped that whole process deemed so necessary by the crafters of our state constitution.

“If a bill really has merit, the sponsors shouldn’t fear due process or clear public debate.

“Obviously this bill doesn’t have sufficient public support, and that is why it’s being dishonestly maneuvered through shifty means.”

= = = = =
The building on top is, of course, the Illinois State Capitol. There are two shots from last night’s Chicago TV coverage of the gay marriage, opps, civil union debate. Peter LaBarbera is seen commenting and a Halstead Street demonstration is pictured.