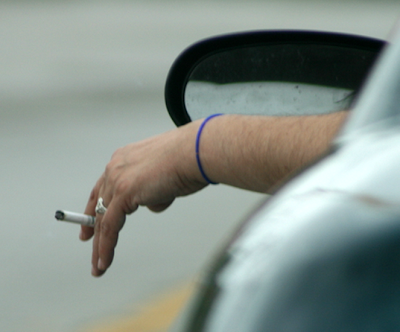 With no indoor place left to smoke in Illinois, ever wonder where people smoke.

Coming home from the McHenry County Courthouse, I saw this person with hand extended waiting at a stop light.

He or she was obviously taking advantage of the Illinois General Assembly’s not having banned smoking in one’s car.

The General Assembly is still in session, I would remind folks.

The State Senate passed a medical marijuana bill yesterday. If the House follows suit, I’ll keep my eyes open for a different kind of cigarette.

If you have any bill that you think you want or don’t want passed, now is the time to call your legislators. The state switchboard is 217-782-2000.