While I was out getting the hidden since February, now released sweetheart contract the McHenry County College Board so generously financed out of something approaching $300,000 of our tax dollars, I noticed this bumper sticker on an older car with a round baby walker-rocker in back.

It was so, so appropriate to a new type of fund raising committee working its way through the legislative process in Springfield. 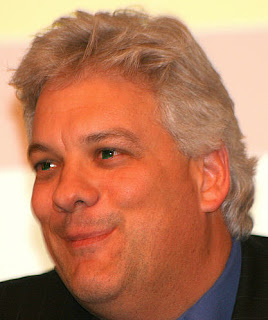 Skip Saviano once told me his whole district office operation was financed with campaign money.

After all, campaign money is for running campaigns.

You read the definition of such a committee below and tell me if there any political restrictions:

The process is ripe for abuses.

“Sorry, Mam, we can’t help you if you don’t contribute to our constituent services committee.”

I am not suggesting that skillful politicians like Franks or Saviano would do that, but don’t be surprised if you see such a scandal after this law takes effect.

If Congressmen have such a creature, a long-time congressional aide was not aware of it.

Friday in a last minute switcheroo, Franks has been made House Speaker Mike Madigan’s first chief co-sponsor on this House Bill 7.