The $962,000 1.9 mile bike path from Walkup Avenue to McHenry County College, approved in late March, 2008, by the MCC Board and financed by the McHenry County Conservation District, is taking shape. 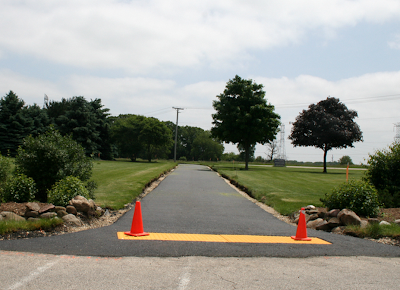 Here you see the part right next to MCC is already paved and striped. 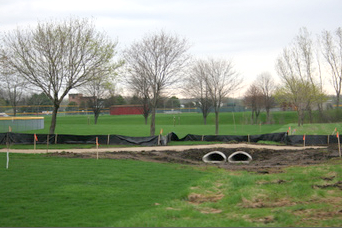 The culverts that earlier were visible are now buried. 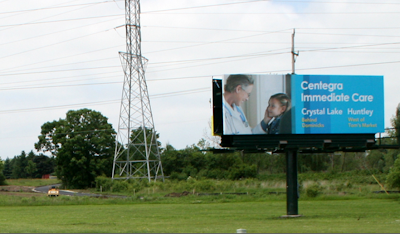 Look under the Centegra billboard and you will see that the path is paved all the way to where it turns east from Route 14 to parallel the Com Ed high power lines. 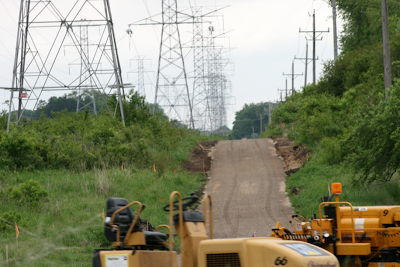 Here’s a slope that people biking from MCC to Walkup Avenue will face. 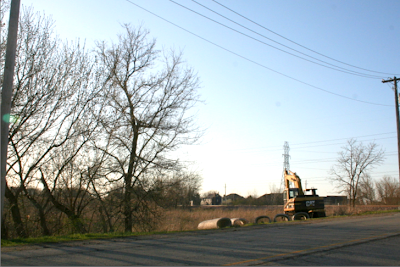 On the Walkup Avenue end, where a parking lot will eventually be built, you can see culverts that awaiting burial, plus a back hoe that was parked there at the beginning of the project.

The district is also planning an entrance from Crystal Lake to the Lake in the Hills Fen behind the CVS Pharmacy.