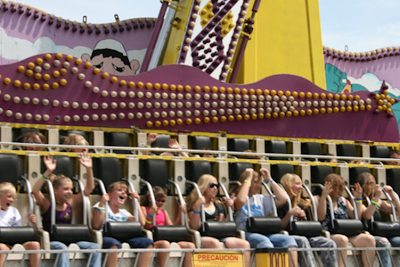 While two twelve-year-olds were enjoying Skinner (no relation) Carnival’s $15 for all the rides you take in four hours’ deal, I wondered around the opening day of the McHenry County Fair looking for political and religious booths.

If only our Illinois General Assembly and Congress equipped taxpayers with safety restraints such as these two carnival rides have. Somehow, I have the feeling we taxpayers will be flung to the winds before next year’s elections. 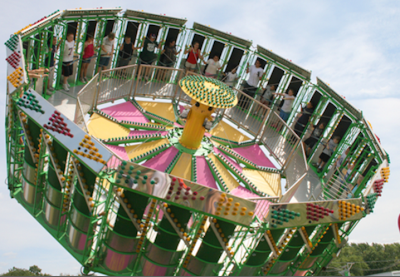 I think I found all the political booths, but I know I didn’t get pictures of all the religious ones. For instance, after I had sent my camera to the car with too-soon tired-out kids, I saw the Fellowship of Christian Farmers tent. That was the first I had heard of them.

Nevertheless, in order of my sightings, here are the political booths I spotted: 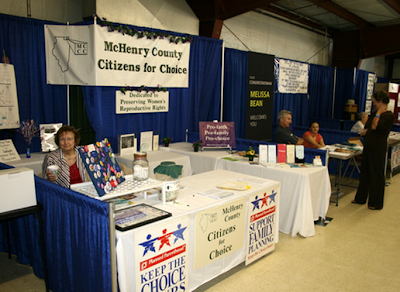 The McHenry County Citizens for Choice had a booth next to one for Democratic Party Congresswoman Melissa Bean. 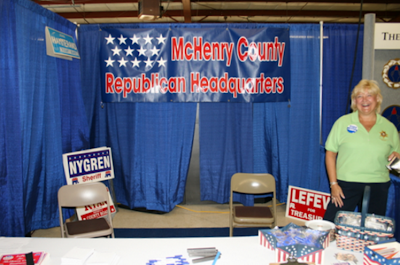 Next was the McHenry County Republican Party’s booth. A broadly smiling Marge Nygren greeted me. 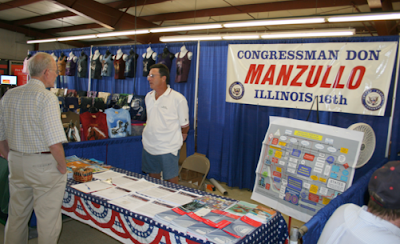 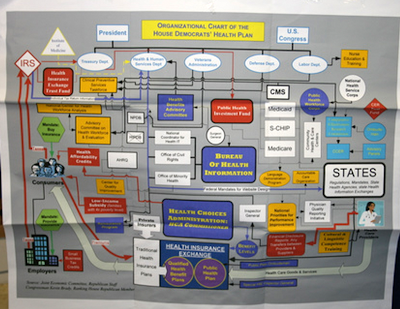 And, I found this chart showing the Republican explanation of President Barack Obama’s and the congressional Democrats’ health care plan. 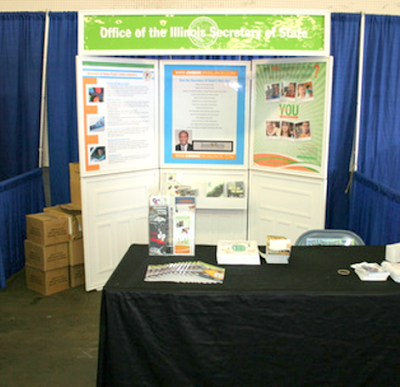 The next political booth I saw was for Secretary of State Jesse White. It was unmanned at just after 12, so many the state employee was at lunch. Or, maybe the very presence of the booth means there is still room for budget cutting. 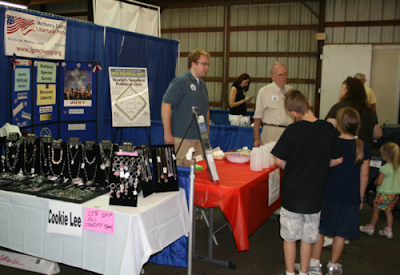 McHenry County Libertarians were next on my tour. Ben Hancock (on the left) and Jim Young were manning the booth.

A second booth about abortion was around the corner. There (seen left to right) Megan Kraft of Woodstock, Betty Marie Leslie, also of Woodstock, and McHenry’s Connie Freund (second from the right) were handing out balloons for 1st Way Pregnancy Support Services. 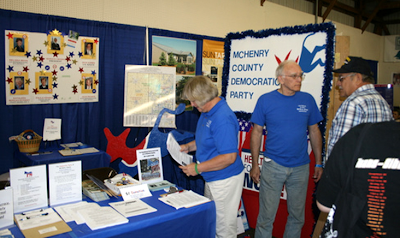 At the Democratic Party booth were Mary Erlenborn of Bull Valley and Cary’s Dan Giallombardo. State Treasurer Alexi Giannoulias, now running for the Democratic Party nomination for U.S. Senate, is scheduled to come Saturday. Someone (not while I was at the booth) told me that State Rep. Jack Franks was again in Canada. Undoubtedly, the dicussion will be about what office Franks should seek now that the media have made the Democratic primary into a two-way race between appointed-Governor Pat Quinn and State Comptroller Dan Hynes. 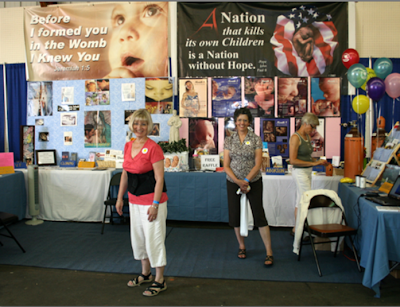 Another booth dedicated to the pro-life movement was sponsored by McHenry County Deanery Respect Life. You see Jan Doyle and Rosemary Kondritz, both from Johnsburg. 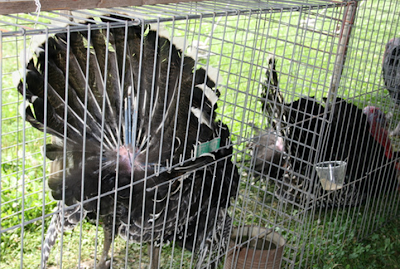 Next I visited the turkeys.
Didn’t even have to go to Springfield or Washington
to see one of them flaring. 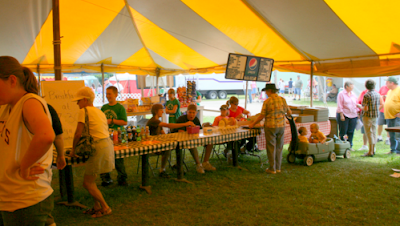 The 4-H food tent had wonderful cheeseburgers for $3.50.

Since I took photos of the congressional and secretary of State’s booths, I guess I should have taken some of Sheriff Keith Nygren’s governmental booths, but I forgot.

I did pick up a rumor about a potential Democratic Party opponent for Nygren. If it pans out, that would make three people running for the office. Gus Philpott has already announced he is going to run on the Green Party ticket. There was no Green Party booth.

All of the booths mentioned, by the way, could undoubtedly use your assistance, if you are so inclined.