Yesterday, I wrote an article about what guest of honor United States Senator Tom Coburn (R-Oklahoma) had to say about the health care bill that Democrats just voted out of committee on a party line vote on the Family PAC cruise Tuesday night.

Today, I’ll start a multi-part series showing some of the politicians and McHenry County folks who attended the fund raising event. 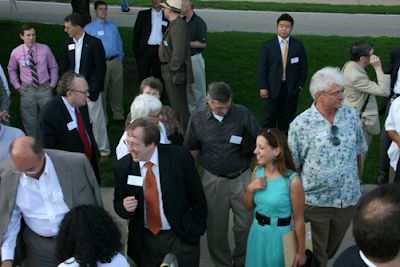 The August 11, 2009, Family PAC cruise had a goodly number of people on this non-election year. You see folks milling around the gang plank above.

Contributors to the political action committee like McHenry County’s Gene Brown, seen above, got to visit with Oklahoma’s United States Senator Tom Coburn before boarding. 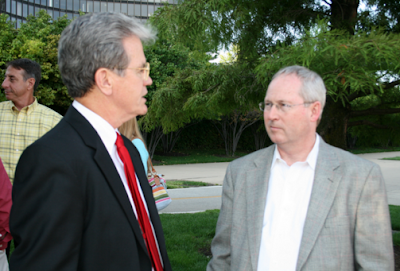 Chicago’s 32nd Ward GOP Committeeman John Curry was among those taking the opportunity to talk with the Senator. 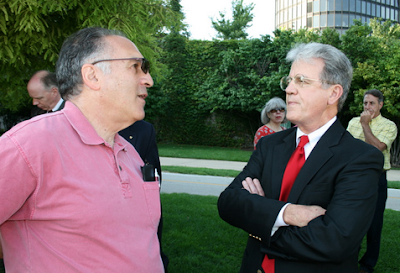