July 29th, Gus Philpott announced he was running for sheriff on the Green Party Ticket.

Now, former sheriff’s deputy Zane Seipler, a resident of Woodstock, has announced his candidacy for the Republican nomination for the office.

In a letter sent to Republican precinct committeemen, Seipler wrote,

“I am sending you this letter to ask for your help in circulating and obtaining signatures for my petition to run for Sheriff. With your help, I think a much needed change can be made in the Sheriff’s Department. Enclosed you will find two petitions…If you have any questions, you may contact me at my campaign phone which is (847) 561-1180 or at ZaneforSheriff@gmail.com.

“I would like to say ‘thank you’ in advance. Rosalinda (my wife) and I are incredibly grateful for your support and assistance…”

So, there will both a GOP primary race and a contest in the general election. And, whether the rumor I picked up at the McHenry County Fair that there will be a Democratic Party challenger remains to be seen. 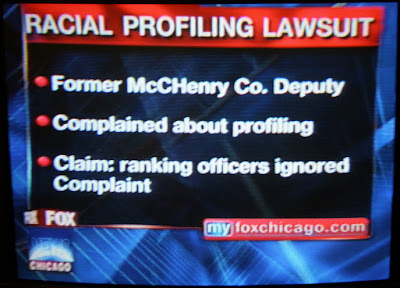 Incumbent Sheriff Keith Nygren is running for re-election. He had $122,712.48 in his campaign fund on June 30th. Sheriff Nygren is holding a $40 a plate fundraiser on September 10th at Donley’s Wild West Town.

You can find Seipler on the internet at ZaneSeipler4Sheriff.com and “Supporters of Zane Seipler for McHenry County Sheriff” on Facebook

The other candidates for sheriff do not seem to have a campaign web site, although Woodstock’s Philpot does publish “Woodstock Advocate,” a blog with a fair amount of reporting and commentary on law enforcement.