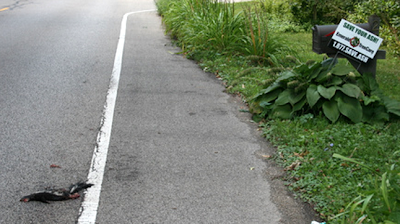 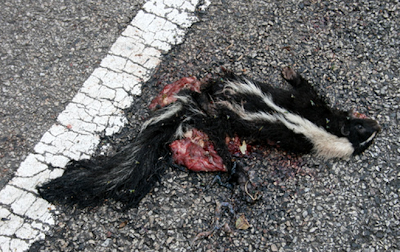 Since that has not yet been invented, these pictures of a dead skunk about ten feet from our mailbox on Lake Avenue in Lakewood, Illinois, will have to do. 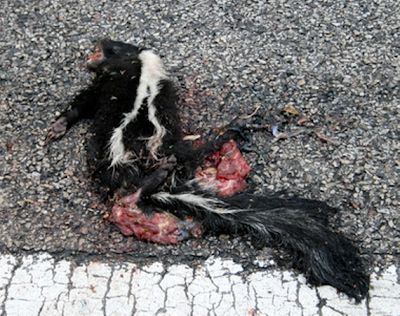 Last night after nine we had the kitchen window open and in came this powerful odor of skunk.

We took immediate action each time, closing all the windows in the house.

It’s now afternoon and I just figured out that there was a skunk on the road near our mailbox. My son told me that his sleepover friend’s father has mentioned it to him.

So, I called the Village of Lakewood and the street guys apparently draw the short straw.

Funny that no one had reported it before.