This is a delayed third part of my view of Paul Caprio’s August 11th Family PAC cruise.

Part 1 is here. Part 2 is here. A story about guest of honor Oklahoma U.S. Senator and Dr. Tom Coburn’s views on the health care debate is here. 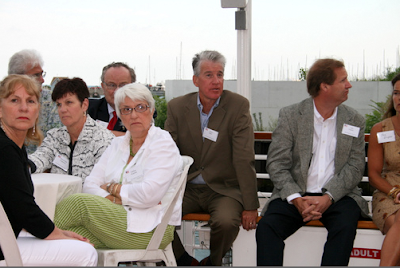 Asking Senator Coburn if the health care debate could include end of life protocols on hydration and sustenance was former Republican Party gubernatorial aspirant Steve Baer. He’s the man in the picture’s center. 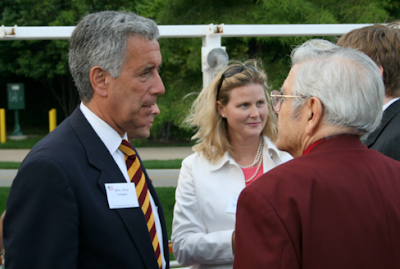 State Senator Chris Lauzen, who again had about 900 at his Porky Picnic last Saturday was talking with Larry Therianit.

In good campaign style, Schaumburg resident Ryan Higgins came up to introduce himself to me. The 28-year old is running for the GOP state representative slot to replace State Rep. Paul Froelich, the man who switched parties before last year’s election. He has been endorsed by the Schaumburg Township GOP organization. 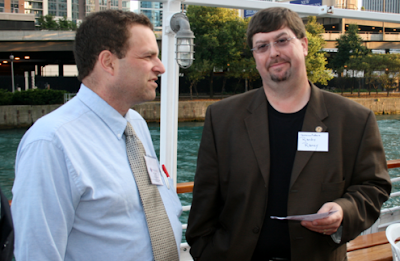 The next people I got a shot of are campaign consultant Jon Zahm and State Representative Randy Ramey. Ramey told me he tried to leave a message on McHenry County Blog after I posted a picture of a car with a Ramey bumper sticker and state rep. license plate 105 saying that it was his car.