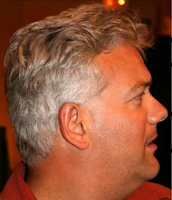 As McHenry County Blog has been reporting, Hinz also notes that Pat Quinn challenger Dan Hynes is “getting all the publicity.”

Franks says he will made his decision a few days after Labor Day and indicates he wants to be sure his kids are “cool” with his running.

Meanwhile State Comptroller Hynes is holding a fundraiser in Chicago tonight for which McHenry County have been solicited.