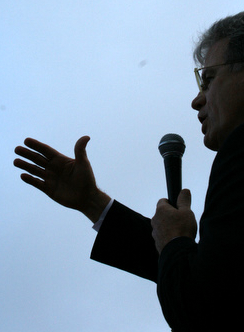 This is article number 6 that McHenry County Blog has published about the people who attended Paul Caprio’s August Family PAC cruise.

In the first, U.S. Senator and Dr. Tom Coburn’s take on the health care debate. 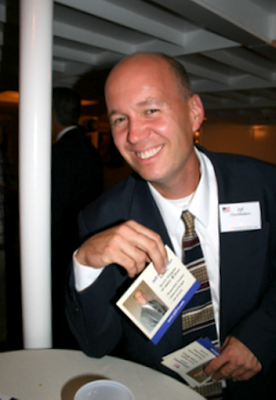 Near the end of the cruise 14th congressional district GOP aspirant Jeff Danklefsen approached me. You see him handing me his card. He seeks to replace Democrat Bill Foster, who replaced former U.S. House Speaker Dennis Hastert. 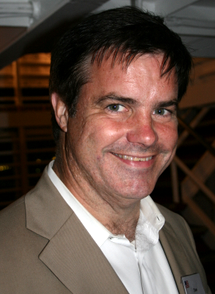 The boat was docked and emptying out when I saw Dan Sugrue. He is running for the second time in Lake County against Democrat Kathy Ryg. He tells me she voted for Governor Pat Quinn’s 50% income tax hike bill. Since the cruise Ryg has announced that she is taking another job. That certainly to increase his chances of gaining the seat. 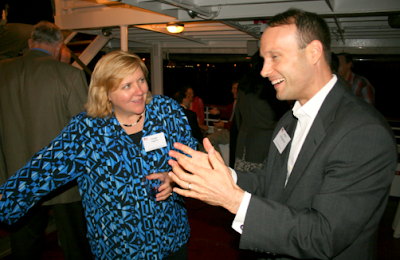 GOP gubernatorial nomination seeker Adam Andrzejewski was also downstairs near the end of the cruise. Sugrue’s wife Margo was talking with him. 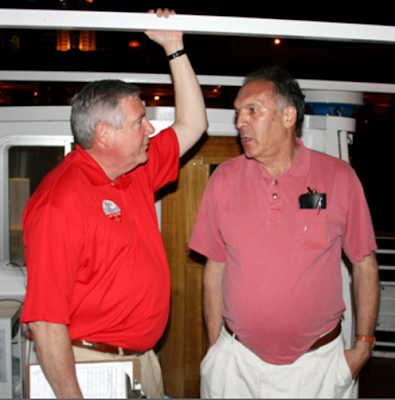 Thus endeth the 2009 Family PAC cruise photos. This fundraiser is the one I enjoy the most. You don’t get a view of the Sears, oops, Willis Tower from the South Branch of the Chicago River like this on an expressway.

Join us next year.