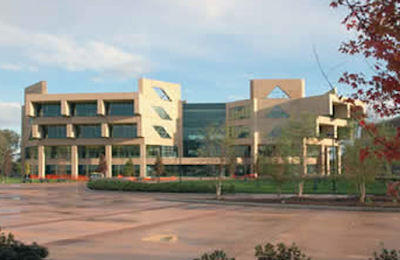 June 27th McHenry County Blog ran a story about Chicago State’s University got $40 million from state government to build a new campus on Chicago’s West Side.

It was a travesty then and it still is now that the Chicago Tribune has put it on its front page today.

Here’s the title I put on the story: 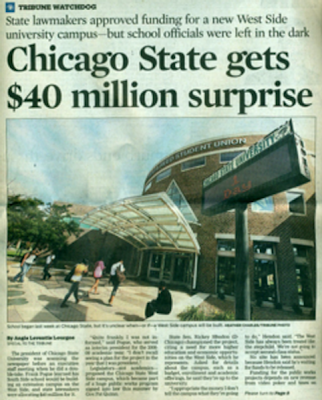 Score a big one for the Illinois Black Caucus.

While all Illinois state universities seem more interested in creating and keeping jobs than in educating students, the 16% six-year graduation rate is just too low to justify spending $40 million more, plus employee salaries to fill the classrooms.

The Tribune reports, unsurprisingly, that Chicago State did not request money for the new campus. Its officials and local politicians had discussed the idea and $10 million was appropriated last year, but not released, the Tribune says.

The university has 700 students on the West Side, the article reports. $40 million divided by 700 equals about $57,000 per student, right? I wonder how much it would work out to be per new job created.

If that kind of money is going to going to be spent on higher education, perhaps a more successful state university could be selected to do the outreach.

Your beer, wine and liquor taxes will be going up tomorrow to help pay for this boondoggle, thanks locally to State Senator Pam Althoff, State Rep. Mark Beaubien and State Rep. Mike Tryon.

The Tribune, of course, was more interested in covering the University of Illinois’ influence peddling student placement story, which cost $400,000 so far.

Now, that the appropriation bill has been signed, I guess it’s safe to run the other story.