Schillerstrom is DuPage County Board Chairman.

The pollster wanted to know if I would vote for Schillerstrom for governor.

She didn’t ask why, but, if she had I had an answer.

I would have told her that I was really disturbed that he balanced his DuPage County budget by getting most of his county’s state senators to vote to triple my RTA sales tax.

That allowed Schillerstrom to forego an already-on-the ballot countywide referendum to raise sales taxes one-quarter of one percentage point for law enforcement to fill his budget hole. (Winnebago County passed such a referendum in 2002.)

Schillerstrom’s intervention was so egregious that he was taken to the wood shed by Illinois Republican Party Chairman Andy McKenna at the Decatur state convention last June.

That made Schillerstrom hopping mad. 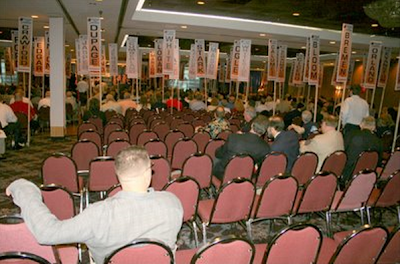 It stung so much most DuPage County Republicans walked off the convention floor.

Later my wife and I got a letter from Schillerstrom about it.

He got “free money.”

How ironic that one of them, Kirk Dillard is also running for the Republican nomination for governor.

But, the pollster was onto her next question. No time for an explanation on my part.

She asked if I would be more likely to vote for Schillerstrom if I knew I knew he had lowered property taxes seven ten years in 10 years.

Would I be more likely to vote for Schillerstrom if I knew he had cut $200 million in wasteful spending?

The final question was whether I would be more likely to vote for Schillerstrom if I knew DuPage County had passed “comprehensive ethics reform.”

Do you see television and radio ads coming out of this survey?