Know what you see above?

It’s the bottom of the spreadsheet sent me by the McHenry County State’s Attorney’s Office showing how much money has been spent on outside lawyers since September 1997 because of the 1993 murder of Morris and Ruth and the subsequent arrest, conviction, appeal, etc., of Gary Gauger. Here’s a summary of the case on the web site of the Center on Wrongful Convictions at Northwestern Law. 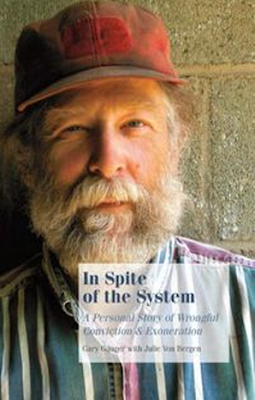 “In an unpublished opinion written by Judge S. Louis Rathje, with Judges Robert D. McLaren and Fred A. Geiger concurring, the court held that the statements were the fruit of an arrest made without probable cause and therefore should not have been admitted at the trial. Without the confession.

“McHenry County State’s Attorney Gary W. Pack had no choice but to drop the charges, and set Gary free.”

Pack, the article continues, didn’t accept the reversal and kept suggested Gauger was guilty of the crime.

In 1997, the Feds in Wisconsin indicted Outlaw motorcycle gang members for the murder. One plead guilty in 1998. Another was convicted in 2000.

In something of an understatement, the Center writes,

“Pack’s position was severely undermined” by the arrests.

In 2002, Governor George Ryan pardoned Gary Gauger. The pardon was based on innocence.

As readers know, Gauger sued McHenry County and the deputies who interrogated him and lost the case.

Some have suggested the jurors in the recent trial, many in my age bracket, might have been thinking they as taxpayers would have had to pick up the tab, if the found in Gauger’s favor.

But the figures above show that $1,218,662.49 of our tax money has already been spent. The amount spent is actually almost $531,000 higher, but that amount has been reimbursed to county government from insurance companies like Insurance Company of the West (ICW) and includes $103,869 from Lloyds of London. (ICW is the firm who got stuck with paying $5 million to Indeck, the gas generating company that wanted zoning near the intersection of Routes 176 and 47. Needless to say, ICW is not inclined to pay voluntarily and is being sued by the county for further reimbursements of legal expenses.)

Below are the amounts spent by year. This information was provided pursuant to a Freedom of Information request. (The county’s fiscal year actually runs from Dec. 1st through Nov. 30th, but I have used the year in which eleven of the months fall for simplicity’s sake. Numbers have been rounded up to the nearest dollar. The first number represents legal fees, the second miscellaneous expenses.)

All of the above seems to have resulted from legal work performed by James Sotos and his associates.

The trial was in August, so the total cost to taxpayers is not complete. And, there will undoubtedly be an appeal.