When Linda Moore was elected Township Supervisor over incumbent John Rossi, she dismissed the previous attorney Jim Kelly. The board hired Joe Gottemoller to replace him.

Now, just a couple of months into the job, Gottemoller has tendered his resignation.

Here’s the letter he sent: 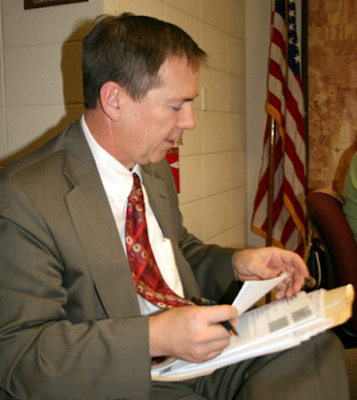 “With this correspondence I am submitting my resignation as the Grafton Township attorney effective immediately.

“Since 1982 I have practiced law either in private practice or as an assistant states attorney. I have served in McHenry County on two separate task forces and on the McHenry County Conservation District Board of Trustees. In addition, my private practice has taken me in front of almost every governmental entity in McHenry County and some in Kane and Lake Counties. With all this work, even when the things did not go my way I was proud to be associated with the officials who were doing their best to serve the citizens who elected them.

“I cannot say that about Grafton Township. The township officials appear to have forgotten that their purpose is to serve the residents who entrusted them with these offices.

“During the past few months I have had the responsibility to the Township to give good sound legal advice on how to address many of the complicated issues that are before you. For example, the Township is now saving $426 per day because the $3.5 million in bond debentures was unwound. Bu make no mistake; there are some extremely important issues that remain. I list them here and expand on them in an attachment:

Although I would have been proud to assist with these issues, it appears that no one on this board actually wants them resolved unless it is done with maximum embarrassment to their political enemies.

“I will not waste another moment of my time of officials who are more interest(ed) in ‘being right’ than ‘doing what’s right.’

And, no, the mild mannered Gottemoller did not say,

“Take this job and shove it,”

as I entitled my article last night about his resignation.

More on this story Saturday.