This is the third in a series of sermonettes by Crystal Lake Methodist Minister Steve Bullmer. The first explained the difference between the two words used in the Bible which are translated into “divorce” in English. The second was addressed to those who have never been married.

This one is aimed at those with “good marriages.” 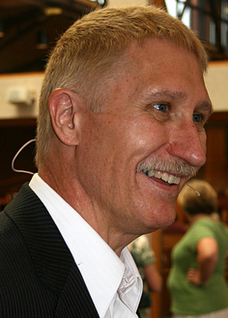 My word to you is a simple and clear one:

Divorce is a sin.

It attacks; it destroys; it is always a tragedy.

I want you to think about divorce in this way—it attacks your marriage.

The idea of divorce, like the idea of adultery, will tempt you and test you.

Someone other than your spouse will come along, and they will make your heart flutter; and now you’re fantasizing what it would be like to be with that person instead of your spouse.

And maybe your relationship is challenged and strained right now, and you can’t get that other person out of your head; and now you’re thinking,

“Well, maybe I don’t really love my mate. Maybe I never really loved them. She doesn’t understand me. He will never change.”

“I really love this other person. Maybe divorce is a good idea.”

And you’re not thinking about what next Christmas is going to be like when your children are with your ex-spouse but you’re not there. Or how many birthdays and soccer games and school plays you’re going to miss because you exited the marriage.

And you’re not thinking about what happens when your ex-spouse remarries and now someone else is spending more time with your kids than you are; and that fantasy soul mate you left your spouse for—they turn out to have more warts and shortcomings than your first spouse did.

So if your marriage is rocky and you’re thinking divorce will solve your problems, think again:

It will only compound your problems.

Yes, right after you separate or divorce there is a sense of relief.

You’re relieved that you’re not coming home to fighting every day; and it feels so good to have finally made a decision after agonizing on the fence for so long.

All of a sudden a whole lot of stress goes out of your life.

Divorce ends a marriage, it doesn’t solve a problem. The problems are still there.

And they only get worse.

You think you couldn’t communicate when you were married?

Try communicating when everyone is hurt and mad.

You think your spouse didn’t understand you when you were married?

They understand you even less when you’re divorced.

Your income goes down and your expenses go up.

Sometimes the present pain and dysfunction outweigh the negative consequences, and we’ll talk about that in a minute.

Remember, this is only sermon two.

If you’re sermon four, hang in there.

But for most people your life, your children’s life, and your ex-spouse’s life gets worse instead of better when you get divorced.

This is a spiritual struggle.

There are times when your spouse is going to be a jerk.

There are times in the ebb and flow of your relationship that you will fall out of love.

There are times when your marriage will be painful and you will be tempted and tested.

And the challenge for you is to persevere; don’t give up.

I don’t know a single couple who made it to their fiftieth wedding anniversary where there weren’t times when the wife wanted to strangle her husband, and the husband thought about walking away.

But they hung in there. And the miracle is when those same people will tell you that after fifty years they are more in love than they were on their wedding day.

Men, there is nothing manly about refusing to talk to a counselor about your marital problems.

It is not an admission of weakness or failure.

It is an act of wisdom and courage to say,

“I’m over my head and out of solutions. What I’m doing isn’t working. I need help.”

Other articles in this series can be found at the links below: