This is the fourth article in a series about marriage and divorce. It is based on my Methodist minister Steve Bullmer’s sermon on the topic. It was a long, comprehensive one, so I have broken it up into five parts.

The first article explains the two different meanings of the word “divorce” in the Bible.

The second is directed to those who have never been married and the third to those in “good” marriages. This piece is intended for those who mate has left them.

A word for those whose mate has left you:

You didn’t want a divorce, but one day your mate announced to you that they didn’t love you anymore … and they were leaving. 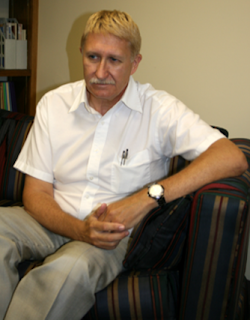 And it felt like somebody came and ripped your heart out; and now you are in indescribable pain.

You have wept in my office, and I have such empathy for you.

You are feeling rejected and abandoned. And maybe you’re now in desperation mode:

“Honey, I’ll do anything to make this marriage work. Just tell me what to do and I’ll do it; just tell me who you want me to be and I’ll be that person for you.

But the desperation strategy just drives them further away.

So now you’re on your knees to God, telling God you’ll do anything to bring your spouse back to you.

But they don’t come back.

And now you’re mad at God.

“Why did God let this happen? Why didn’t God answer my prayer?” 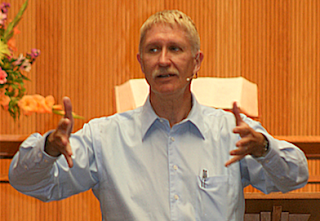 Well, I can give you an answer that will explain it to your head, but it won’t heal your heart.

The answer is that God doesn’t force His will on our wills; we have free will.

And the fact is your spouse made up their mind to leave you long before they told you, and the likelihood that they were going to change their mind is pretty small.

The only way they change their mind is if they pray,

“Holy Spirit, guide me; tell me what your will is.”

And the Holy Spirit is invited to come into their mind and heart.

But that’s not what usually happens.

When people are feeling guilty about what they are doing they push God even further away.

Many of those people stop coming to church after they’ve made that decision; not because of something I’ve said, but because of what the Holy Spirit is trying to say to them and they’re not listening. 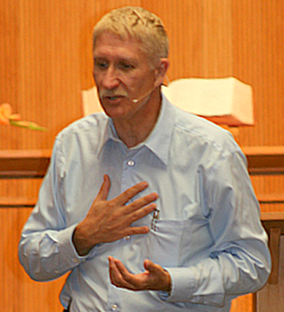 The only time a mate rethinks leaving is when you muster up the courage, by the power of the Holy Spirit—because this is a very hard thing to say—and you say,

“I don’t want you to leave; I love you and I want to make this marriage work. But I will not be your doormat; and I know God will carry me through this. And if you want to leave, know that’s not my desire … but I am going to let you go.”

Sometimes, sometimes, that speech will make a spouse pause … and decide to come back. Clinging and holding hardly ever works.

Here’s what I know:

At those moments when you feel most abandoned and rejected, there is one Man, there is one God, who will never leave you nor forsake you.

God has promised that though there is weeping through the night, joy will come in the morning.

God says I will stand by you no matter what. I can make all things and all people new.

I have purposes and plans for you that you can’t even imagine … and if you will let me, I will fulfill those plans for you.

For I have come that you may have life, and have it abundantly. The Holy Spirit will turn things around for you after your spouse leaves you abandoned and broken-hearted.

God has plans for you.

If you are aching today, I really, really, want you to know that.