I like to work on the computer without background noise.

My brother-in-law, on the other hand, listens to Fox News.

Friday, the story of the day was how two employees of the community organizing group ACORN counseled a young woman and a man to get financing for a home out of which they were going to pimp 13-year old Central American girls.

Among other things, they were advised to claim the girls as “dependents.”

It was so ridiculous, I was laughing out loud.

You couldn’t write a situation comedy that funny. 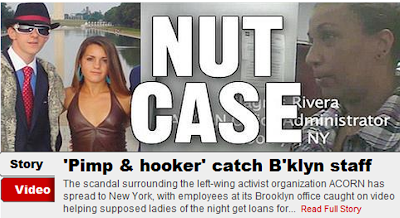 The non-media investigative reporters have done it again.

It loves scantily clan women and this story clings to that reputation.

“(James) O’Keefe and (Hannah) Giles were garishly dressed as a stereotypical pimp and prostitute. O’Keefe was decked out in excessively snazzy flesh-peddler couture, and Giles, going by the name ‘Eden,’ wore almost nothing.”

But to see how little, you’ll have the go to the original and/or watch the video.  (The video of the interview plus some introductory shots are embedded on the web site.)

ACORN is the community organizing group that was accused of vote fraud in more than one location last fall. 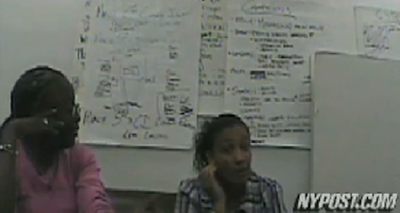 Among the advice on the video linked to the article:

“Day one you make a sale.

“Day two you make another sale.

“Honest is not going to get you the house.”

And, the advice about where to hide the illegally gotten gains sounds like it came from someone intimately involved in the business of prostitution. The video reveals the correct answer from the list below. 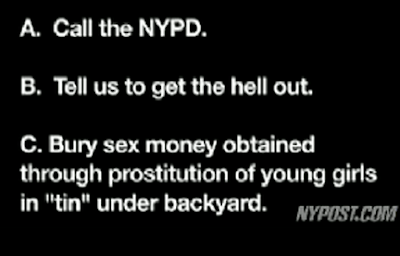 There I go, laughing out loud again. 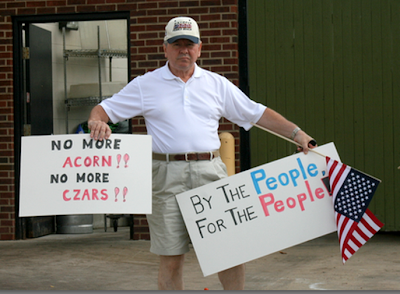 No wonder there were anti-ACORN signs at the Randall Road Liberty Trail demonstration on Saturday.

I wonder how many other cities, if any, these two young people have drawn into their web.

And, to think, the Barack Obama administration wanted this group to play a major role in taking the U.S. Census, which, of course, is a big determinant in how many congressional seats each party will get in 2012.

“He has been targeting and exposing the ‘absurdities of the enemy by employing their own rules and language,'”he told the New York Post, adding,

“This kind of undercover, guerrilla tactic is the ‘future of investigative journalism and political activism.'”

In 2008, he made a series of videos of Planned Parenthood visits, which have been featured on Illinois Review.

ACORN responded by accusing Fox News of trying to make them the Willie Horton of 2009.

“This recent scam, which was attempted in San Diego, Los Angeles, Miami, New York, Philadelphia to name a few places, had failed for months before the results we’ve all recently seen,” a statement from Bertha Lewis, Chief ACORN Organizer, said.