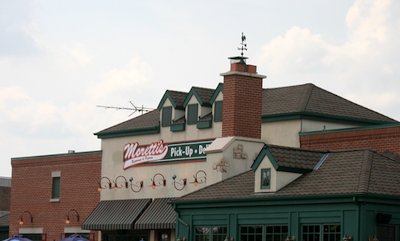 In my first article on the Randall Road demonstrations Sunday, I promised an article on “so those who oppose the First Amendment can know who to patronize.”

It works the other way around, of course.

Both Lake in the Hills and Algonquin Police were called by property owners (maybe renters) along Randall Road.

Instigating the Lake in the Hills visit by police was someone in the new restaurant that took the place of Guvnors Pub.

The new place is Moretti’s.

Here’s how one person at the scene explained what happened in Lake in the Hills:

“The restaurant in question came out and told me we needed to move off their property. None of us were on ‘their’ property.

“I explained the easement and that the cops were aware we were there.

“He wanted to argue despite my trying to explain to him that their restaurant did not own the light poles or telephone poles so it could not be their property.

“He insisted that they owned the property to the curb and said leave, he was calling the cops.”I immediately asked all of the people to move to one side or the other and then passed it down the line what had just transpired. 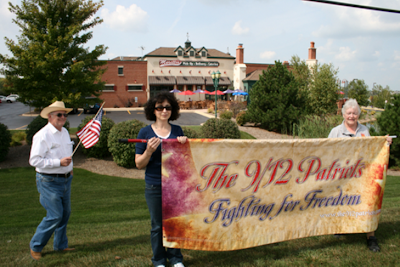 “Funny thing is, I told the Moretti’s that one 1:00 pm the event would be ending and lots of people would be hungry and most likely going to their establishment for lunch.

“I also told him we were there representing small businesses among other things.

“He didn’t care and wanted us gone.

“I did not raise my voice, I did not get into an argument, but what I do know is their establishment was empty after 1:00 pm – mission accomplished.

“I also know that there was a small group whom I did not know that was with us who were planning their next meeting at the restaurant.

“They are moving to another location.

“I do want to say that Kathy, the manager of Dunkin Donuts, in our area was as pleasant as could be, she welcomed all of us, was happy to have us and went in immediately to make more doughnuts for our group.” 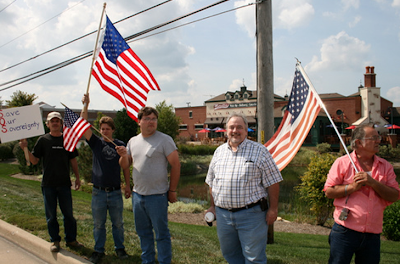 And there will be other reactions to the hostility of Moretti’s Lake in the Hills’ management:

“Here is the irony in that happening with Moretti’s.

“For the past two months, the planning group, of 6-10 people, have actually met at the Moretti’s on Rt. 62 in either Rolling Meadows or Schaumburg…not sure which town it is in. We have met there for dinner each time we have met. This was how we met…over dinner in one of their restaurants.

“Obviously, our follow up/recap meet will not be there.”

Tomorrow the those who oppose the First Amendment south of Algonquin Road.

= = = = =
The top picture is of Govnor’s Pub’s replacement restaurant, Morreti’s.

I had to ask the folks carrying “The 9/12 Patriots, Fighting for Freedom” banner to move in front of the restaurant, so I could get the photograph.

The five men in the lower photo were the ones who refused to cave into the pressure from Moretti’s.  You can see how far back from the curb the telephone/electric pole is.  All of the land between the curb and the pole is public right-of-way owned by McHenry County.

Just in case you missed the other articles on this September 12 protest, you can link to them below: