An all-female panel of Illinois’ Second Appellate Court ruled today that McHenry County Circuit Court Judge Michael Caldwell was right when he stopped the building of a new Grafton Township Hall which was approved without public notice or vote by Supervisor John Rossi and his four-member township board.

In the too little, too late category was a September 17th letter from the four Grafton Township trustees’ attorney, Jim Kelly, offering to settle the suit in exchange for next year’s fall referendum on the subject. 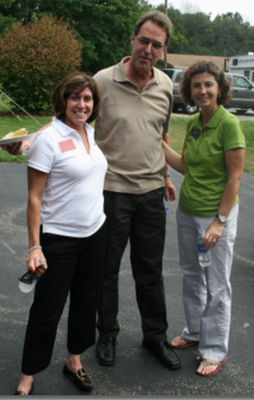 Jorgensen and Seminara-Schostok were in Crystal Lake recently attending the Nunda Township Republican Picnic.  They are both appointed justices running for their first ten-year term.

Justice Susan Hutchison is a resident of Crystal Lake.