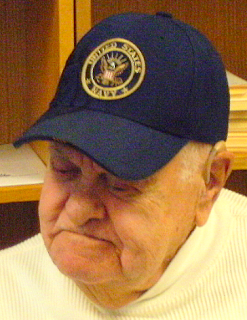 The reason for the trip was to document Mr. McHenry’s account of his service during WWII.

In October, 2000, the U.S. Congress unanimously voted to create program, which will be housed at the American Folklife Center of the Library of Congress in Washington. 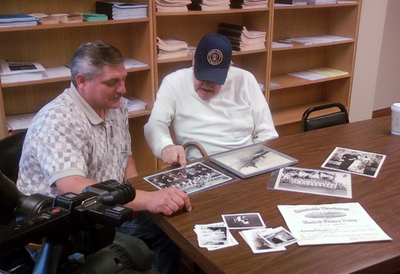 The contents of the archives and its collections are made available to researchers and the public.

In additional to compiling a unique archive for scholars, the Veterans History Project hopes to inspire future generations with these stories of service to our country.

Mr. McHenry served in the United State Navy during WWII on the USS Finback SS230 as a submariner, with his main specialty as an electrician.

“His stories were amazing and so clearly stated,” Blanchard explained. 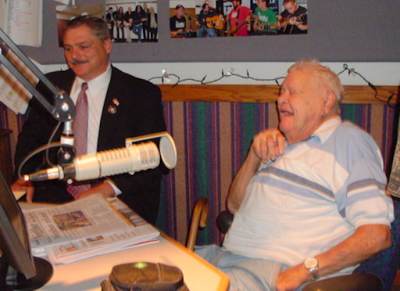 During his visit to Crystal Lake, McHenry attended Carpentersville VFW Post 5915’s community night, appearing with Jim Shea. Shea and Mr. McHenry’s son Charles, Jr. have been boyhood buddies since the 4th grade and that is how Mr. Blanchard learned of him.

“It was a fun filled trip,” Blanchard explained, “one he said he would remember for the rest of his life. They headed back to Cleveland early this afternoon.

“Everyone at NASA Education was left with heartfelt memories of our blessed WWII Navy veteran named Charles,” Blanchard said.

This is the 11th recording that NASA Education has done for the Veteran History Project.

“We are seeking individuals that have either served or know of someone that may be interested in sharing their stories of the past,” Blanchard explained. “Please contact Amy Johnson, Program Director at 800-724-9692 for additional information or to schedule an interview.”