As I have shared previously, when I was in grad school at the University of Michigan, I found a paper than analyzed the impact of ballot order on election results.

The researchers looked at paper ballots for a Michigan city near Detroit. In races of six or more, first place was worth an extra 10%. Second and last place on the ballot were worth another 5%.

There are seven people running for the Republican nomination for governor. 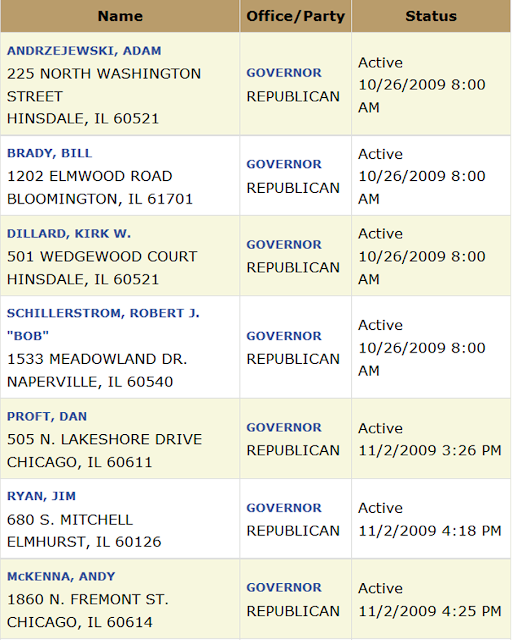 Worst place on the ballot was next to last.

That’s where Jim Ryan ended up.

He blinked at 4:18 PM this afternoon.

We won’t know who gets the justifiably coveted first place on the ballot until the lottery, but we know that McKenna didn’t blink and file before any other GOP gubernatorial candidate.