The movie “America: Freedom to Fascism” will be shown at the Cary Library this Saturday afternoon. The library is east on Three Oaks Road, which crosses Route 14 near the Cary Jewel at the Thorton Gas Station.

The movie was produced by Libertarian Aaron Russo. Doors will open at 12:30 and the show will start at 1.

In addition, a few clips from “The Money Masters,” a film about central banking, read, the Federal Reserve, will be shown.

As the flyer below says, “No sign in required.” 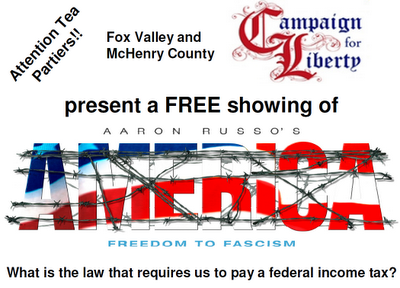 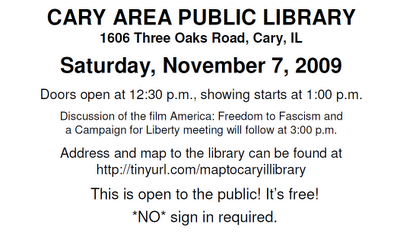