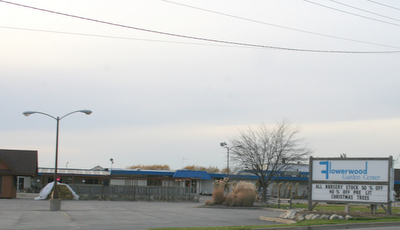 This is the third part of the tow truck playlet. Here is where you can Part 1 and Part 2. I find it of interest because of the McHenry County Board’s having passed an ordinance tying us Illinois Commerce Commission rules, then, having repealed it.

After the dust settled amongst the “guys,” everything was okey dokey but for one pesky bit of business.

My car was still on the hook.

Looking at my property, I thought, ‘Just pay the $165 ransom and be done with it.’

But the police officer wouldn’t let it go.

Though he had no jurisdiction, he appealed to the two young “guys” to release my car sans the tow charge.

The tow truck driver looked at the police officer and smiled magnanimously.

With the push of a lever, down came my car and off came the restraints.

Though relieved to have my property back in my possession, I wondered why the “guys” agreed to waive the tow charge. I found out….because I had been so “nice” about the situation. Swell.

So, my car and I were off the hook….pun intended. I shook the hand of young tow truck driver, got in my car, suffered a few good ole’ boy remarks and drove out onto Rt. 14.

I did not speak to anyone in authority at Flowerwood that afternoon, nor did anyone ask to speak with me.

It appeared my experience was of no importance to anyone except to me and perhaps the two empty-handed young guys from the towing company.

Everything was back to normal and peachy keen.

I stopped in at Countryside and mentioned my recent fiasco with some of the employees who knew me.

Looking around the parking lot on my way out, I didn’t see a tow truck lurking around the corner, and the only “spotters” Countryside employs, are their courteous, helpful employees who are at the ready to offer assistance and provide great customer service.

The next day, I received a pretty bouquet of cut, fresh flowers thanking me for being a long time patron of Countryside.

PS: I will NEVER, EVER shop at Flowerwood or the Atrium again!