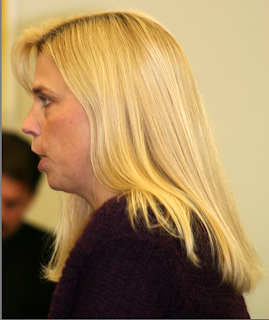 She asked this intriguing question:

“If I FOI it, (will I find something)?” Deifucci continued.

“Do your FOIA (short for Freedom of Information request),” he said.

I don’t know whether she followed through, but I filed one that night.

Here is the summarized contents of the reply (click to enlarge any image):

It appears from the backup material from Heineman that Scholastic made an offer for 30 Read 180 licenses and 30 System 44 licenses for $57,295.20 and someone was able to convince the vendor to allow District 158 to buy 60 licenses for Read 180 and none of System 44 for the same price.

The heading does not indicate the Read 180 license will be used for special ed kids. As you can see, it says,

The date on the request to purchase form signed by Chief Academnic Officer Mary M. Olson is 8-28-9.

Next in the FOI reply package was a bill for $51,168, apparently for Marlowe Middle School, according to the check stub. It identifies the $5,760 purchase and the $51,168 as coming from “ADA Block Curriculum materials.”

I note one line for $998 seems to be for college prep. At least that’s what “COLLE PP” seems to indicate.

I asked District 47’s Community Relations Officer Lorie Woods for a reaction and here’s what she sent:

“The question was in reference to the use of ARRA or IDEA funds to purchase Read 180 licenses, materials, etc. The purchases for which you have copies of Purchase Orders, Invoices, etc. were for the pilot program at Heineman Middle School.  Those items were paid for through the ADA (Average Daily Attendance) Grant.”