He was greeting by women wearing red from the McHenry County Citizens for Choice, whose Facebook page reported:

“The Handmaids expressed their determination to Keep Abortion Safe and Legal, and reminded their male, anti-choice legislator that Pro-Choice IS Pro-Life.” 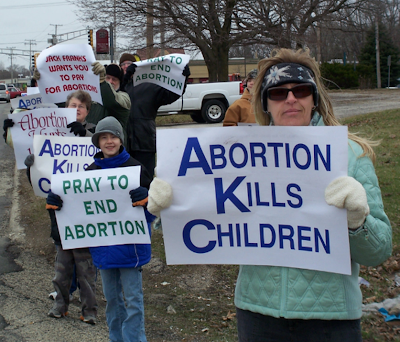 Not much of a turnout compared to the demonstration against State Representatives Jack Franks and Mark Beaubien when they were sponsoring similar legislation.