A continuation of WirePoints analysis of the situation in Illinois:

For sure, the Rauner/Madigan impasse led to an absurd level of unpaid bills, but Illinois was already a deadbeat state way before Rauner. (See the impact on social service providers in number 13.) 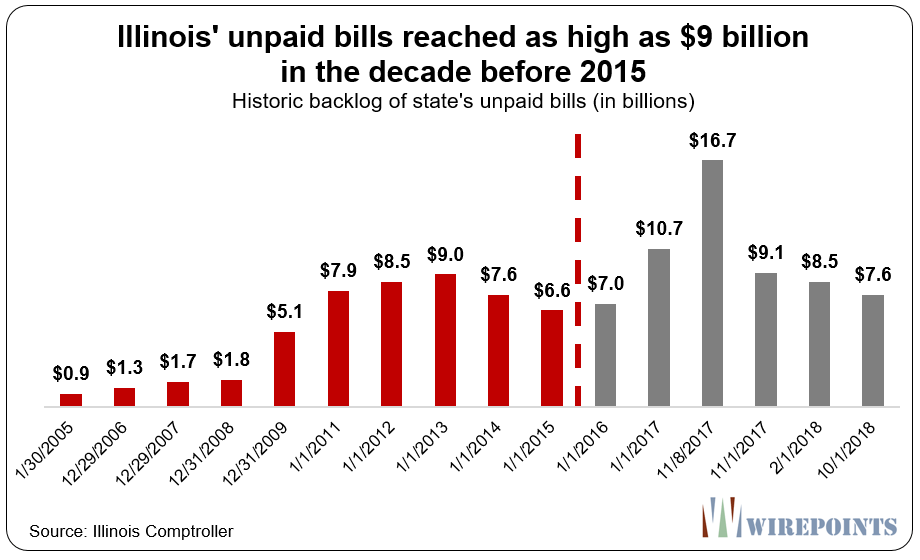