3. Pension shortfalls. Illinois’ pension shortfall tripled to over $100 billion in the decade before Rauner took office. That was despite the $17 billion in pension obligation bonds and the 2011-2014 tax hike that in total dumped nearly $45 billion into the state pension funds. By 2014, Illinois politicians had already created the nation’s worst pension crisis.

The crisis was so deep that in 2014 Democratic lawmakers and then-Attorney General Lisa Madigan defended pension reform bill SB1 in front of the Illinois Supreme Court. The state argued the severity of the crisis justified the use of emergency powers to override the state’s constitutional pension protection clause. 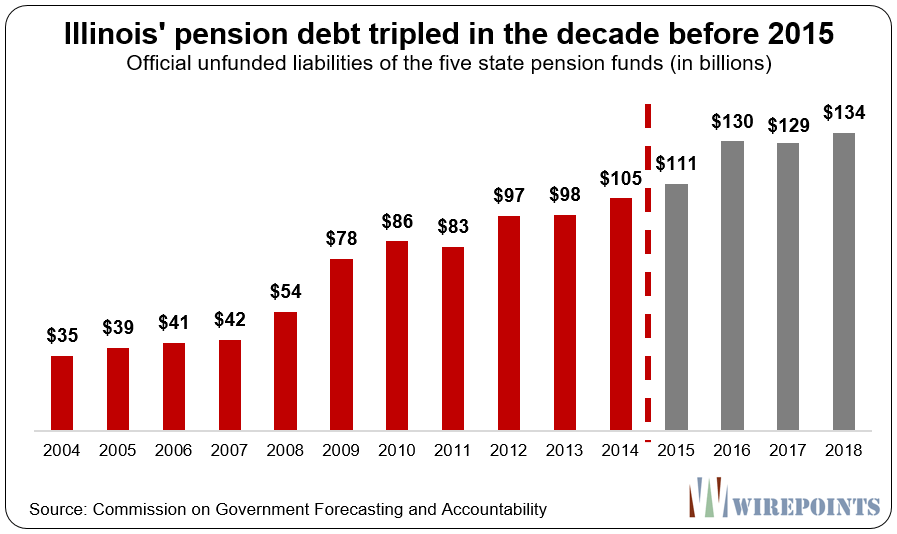