10. University administrative bloat. Illinois’ public universities went on an administrative hiring spree between 2005 and 2015. The number of administrators employed grew by more than 25 percent even as faculty hiring stagnated and enrollment actually shrunk. Illinois’ Senate Democratic Caucus condemned the bloat in a 2015 investigative report: “At the same time tuition and student debt are rising at a breakneck pace, the administrative systems of public institutions have expanded into sprawling behemoths.” (See number 16 for the rise in college tuitions.) 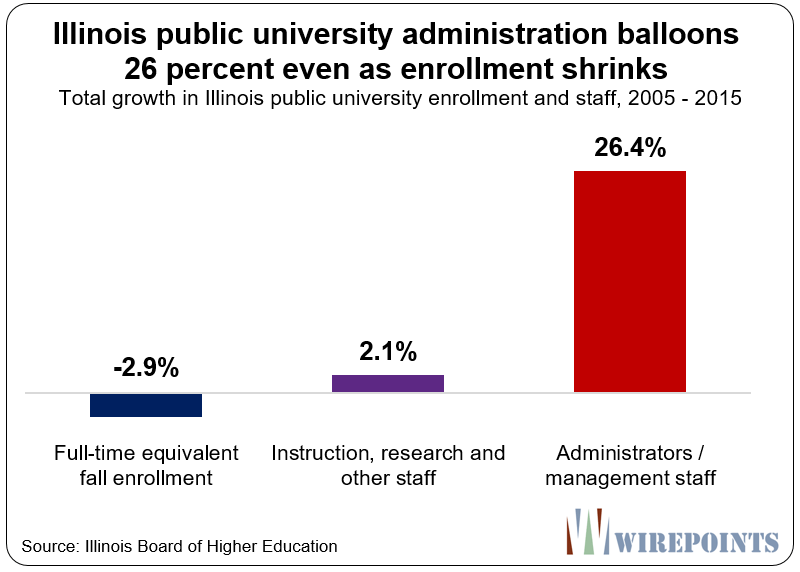