13. Struggling social services. Several nonprofits and social service agencies were already closing their doors during the 2009-2013 period due to the state’s nonpayment of bills. The Urban Institute ranked Illinois the nation’s worst for late payments as early as 2009. And virtually every major Illinois newspaper referenced Illinois’ deadbeat status during the period.

Even then-Illinois Comptroller Dan Hynes was featured in a 2010 New York Times article complaining about the $5.1 billion stack of unpaid bills on his desk: “This is not some esoteric budget issue; we are not paying bills for absolutely essential services,” he said. “That is obscene.” 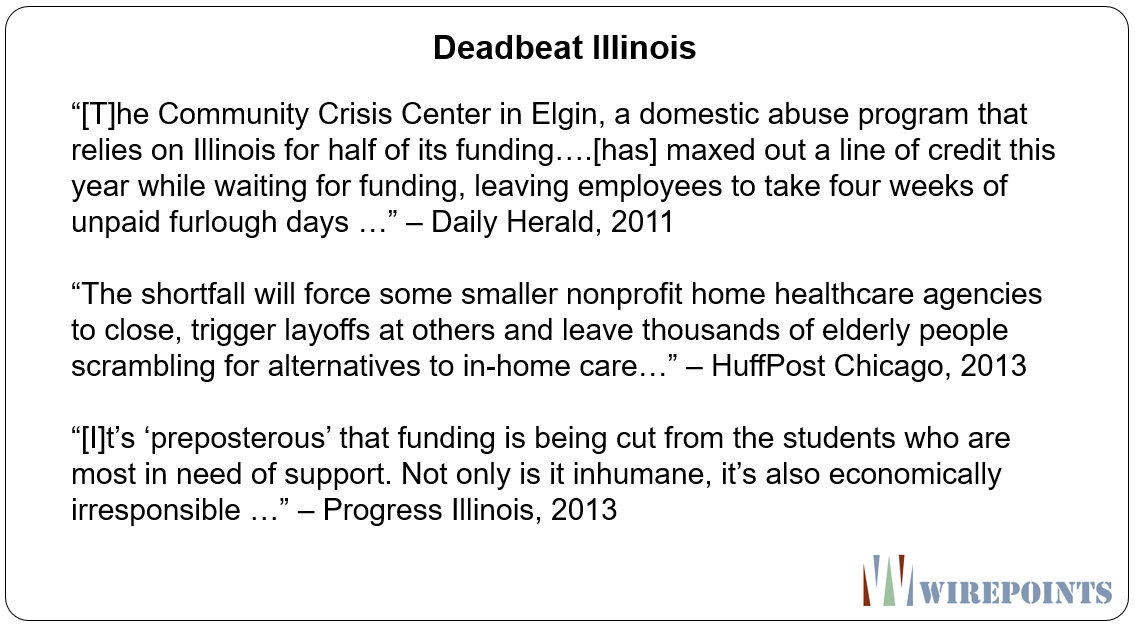 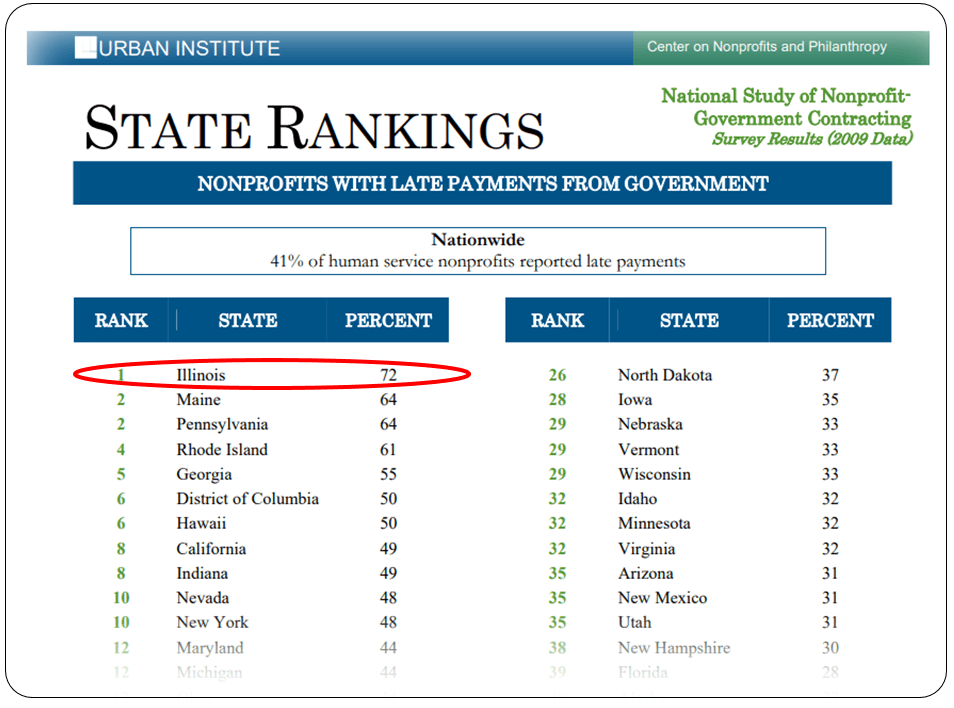