16. Tuitions spike. Politicians and university officials had made a crisis of higher education long before Rauner came into office. Too many students were already priced out of attending Illinois universities by 2015. Tuitions and fees were pushed up dramatically during the previous decade. Northeastern Illinois University tuition went up 100 percent to more than $12,000. University of Illinois, up 104 percent to nearly $16,000. Even Chicago State tuition jumped by 75 percent. 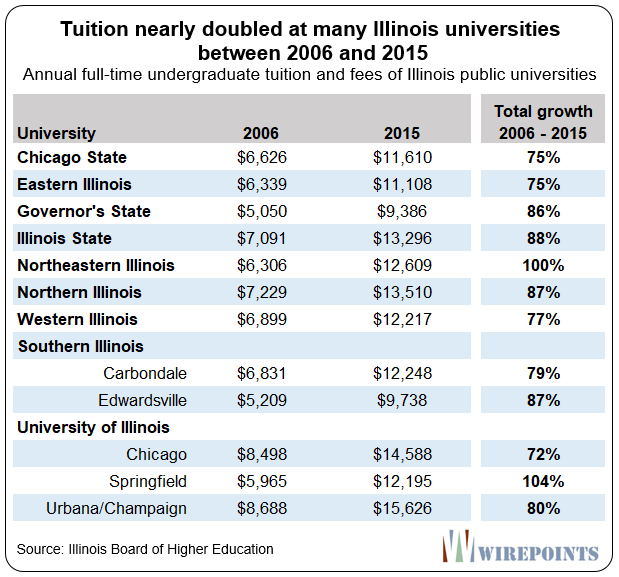