20. Illinoisans leave. Nothing captures the dysfunction of Illinois as well as the data on outmigration does. Illinoisans have been fleeing the state in search of a better environment for years.

In 2014, the year before Rauner took office, Illinois netted a then-record loss of 95,000 residents. That capped a net loss of more than 1 million residents since the turn of the century.

At 7.8 percent, Illinois was the nation’s third-biggest loser of residents to outmigration when measured as a percentage of population. Only New York and New Jersey fared worse. 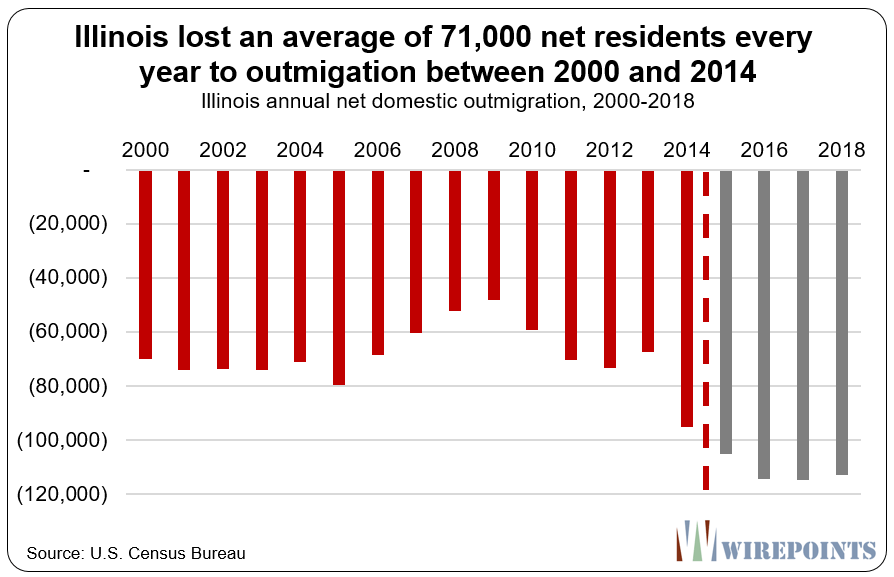