The following is a press release from Patriots United:

A capacity crowd of close to 300 concerned citizens joined our gathering for two hours of stimulating and very educational conversation with individuals well versed in all aspects of the health care industry. 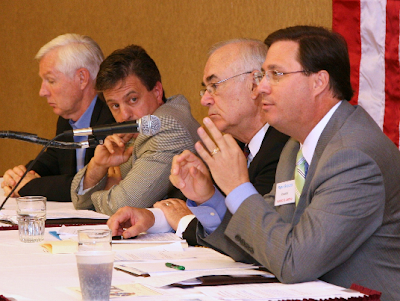 Our distinguished panel, including

Some of the questions addressed during the forum included: 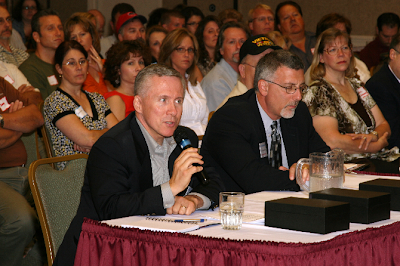 On Friday, August 21st, Patriots United and Americans For Prosperity will proudly host yet another highly informative and useful exchange of ideas seeking to consider alternative solutions to the health care industry’s difficulties in the face of an ever-increasing public outrage over this unprecedented expansion of the Federal Government’s power. 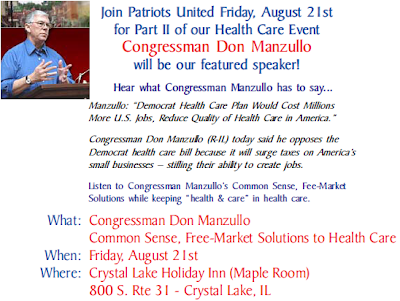 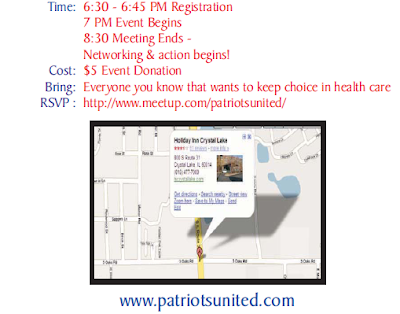 We cordially invite and highly encourage all engaged American citizens to join us in this educational endeavor aimed at preserving and improving the best health system in the world. Please check our website, patriotsunited.com for meeting information and times.

= = = = =
From right to left in the photo of the panel are Ryan Brauns, Jeff Ladd, Sr. (Board Member of Patriots United), Dr. Raymond Bianci and the Doug Fenstermaker.

Next you see Brian Kelly addressing the crowd.

In the picture below, Joe Edwards (Board Member of Patriots United) is seen next to Joe Calimeno.