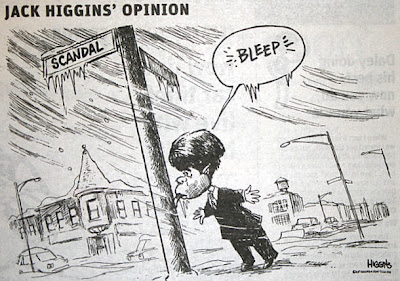 Just as Ralphie did in 1983, Rod has his tongue stuck to a pole, but Rod’s is not in his school yard.

It’s to a street sign at the corner of Scandal and something.

So, here’s the question: 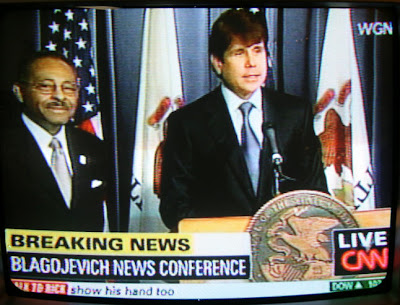 If his tongue is stuck to a pole, how did he manage to hold a press conference yesterday to announce the appointment of Roland Burris to the U.S. Senate seat left empty by President-Elect Barack Obama?